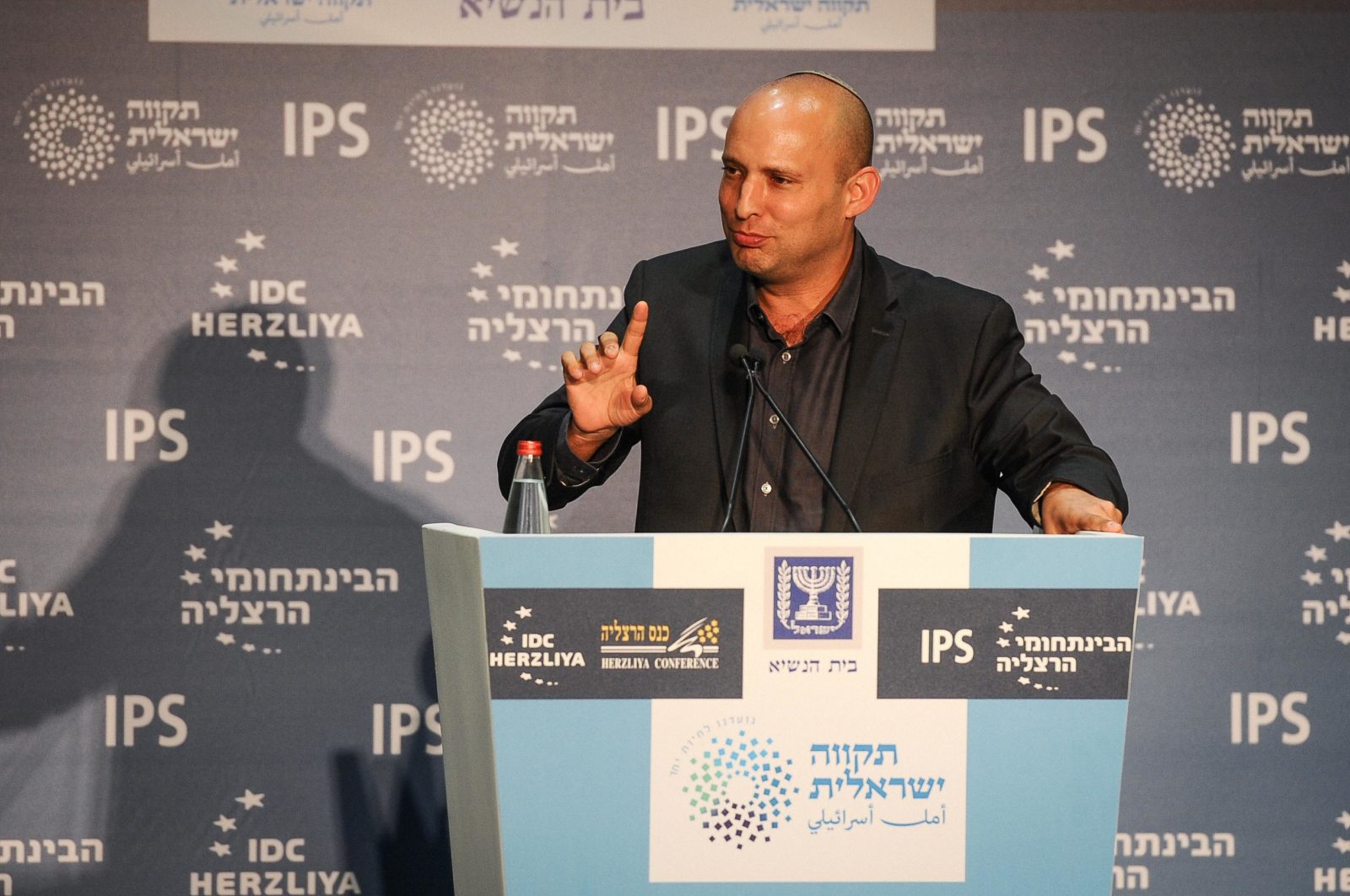 Now in the opposition, Naftali Bennett is shifting his focus

A little over a year ago, following the first of Israel’s three recent elections, Naftali Bennett found himself both out of a job and out of the Knesset. Sixteen months later, following a comeback in Israel’s second election and a short tenure as defense minister, Bennett’s stock may be rising. While he’s currently part of the opposition, his party, Yamina, which received only five seats in the latest March elections, is at an average of 12-14 projected seats in recent public opinion polls.

Bennett’s rise appears to be tied to the coronavirus outbreak. Since March, while he was still serving in the cabinet, Bennett became an outspoken government critic, cautioning that Prime Minister Benjamin Netanyahu’s plans were not sufficient to counter the economic disaster brought on by the pandemic. Now, Bennett is acting as a shadow coronavirus czar and seeking to serve as an alternative to Netanyahu on an issue most Israelis can rally around: the government’s failure to handle the crisis.

“People are looking for competence, people are looking for problem solving, and for leaders who will put the good of the country first,” Bennett explained in a phone interview with Jewish Insider on Sunday. “In my 48 years that I have lived in Israel, I had never seen the country in such a crisis, and it hurts. We need to fix the economy. We are in a national emergency period, where we just have to put aside the differences that we have and do things differently.”

In late March, as outgoing defense minister, Bennett recommended that the Israeli Defense Forces Home Front Command take control from the Health Ministry in building a mass-testing and isolation system to deal with the outbreak. His suggestion was rejected by Netanyahu. “I sort of hijacked the entire Defense Ministry and the IDF and defined fighting COVID-19 as their primary mission,” Bennett said. “Ultimately, we altogether managed to mitigate the first wave.”

But with the creation of a new government, Benny Gantz took over as defense minister and Netanyahu left Yamina out of the coalition. At that point, Israel was quickly moving to reopen and a new health minister was appointed. “A lot of people in Israel are very frustrated with the government’s dealing with the second wave,” Bennett said. “The economic impact is horrendous.”

Bennett referred to his current activities as a “job journey” across the country. “I’ve been spending the past month every day across Israel, meeting with small business owners, especially restaurant owners and education-related leaders, helping them and figuring out creative ways to solve the problems.”

A poll released on Sunday by Channel 12 showed Bennett as the leading candidate to succeed Netanyahu as prime minister. But Bennett was careful to avoid criticizing Netanyahu directly — a cautionary measure Israeli politicians often adopt when speaking to the foreign press — or to discuss his own ambitions.

Shalom Lipner, a 26-year veteran of the prime minister’s office and now a senior fellow at the Atlantic Council, told JI that it might be premature to view Bennett as the immediate successor to Netanyahu, “especially given his limited appeal beyond the right.” In Israel’s first election of this cycle, in April 2019, Bennett and Ayelet Shaked established the New Right Party, which failed to cross the electoral threshold. They were only able to regain their seats in Knesset once they rejoined with their former party members on the right.

However, depending on whether Netanyahu departs Balfour Street, Lipner said, “the country remains tilted rightward and with no other obvious successor in a field where nobody has gained much traction, it’s anybody’s game.”

Asked by JI if he believes he can peel away votes from the center and become a serious candidate for prime minister, Bennett said his primary focus is to “put aside our differences, and for the next three years, heal the society and fix the economy.”

But he cautioned against a political system where everything is framed as either pro- or anti-Netanyahu. “We can’t allow our society to become polarized by yes or no Bibi,” he said. “That’s something that we could afford when everything was looking good in Israel and the economy was growing. Now we are in Israel’s worst socio-economic crisis ever. We have to set aside the disagreements for a while.”

In recent weeks, Israel has seen a swelling of street protests against Netanyahu’s government. On Saturday, more than 10,000 people gathered outside the prime minister’s residence and called for his resignation. Netanyahu labeled the protesters as “anarchists” and “leftists” who are out to topple “a strong right-wing leader” and railed against the media for giving the protests prime-time coverage.

Despite serving in the opposition, Bennett said the protests are not what will bring change. “We cannot solve our problems with continuous bickering every night, in demonstrations and counter demonstrations. It doesn’t solve anything. Let’s all stop fighting.”

Lipner explained that Bennett made “a decent impression” as defense minister and “has continued to shine as a serious player in an otherwise disorganized coronavirus response” and since he’s doing it from the outside, it’s “an inadvertent win for him because he’s been able to steer clear of the fiasco that has [defined] this government.”

In recent days, the infighting between coalition partners Likud and Blue and White over the budget has shifted toward talks about an early election in November, if the two sides fail to pass a budget before the August 22 deadline.

“I think the last thing Israel needs now is another election,” Bennett told JI. “I think that would be a profound mistake, even though I would gain a lot personally. What we need is for the government to get its act together. And I’m urging the prime minister and alternate prime minister Gantz to solve those issues, grow up and focus on us — the people.”