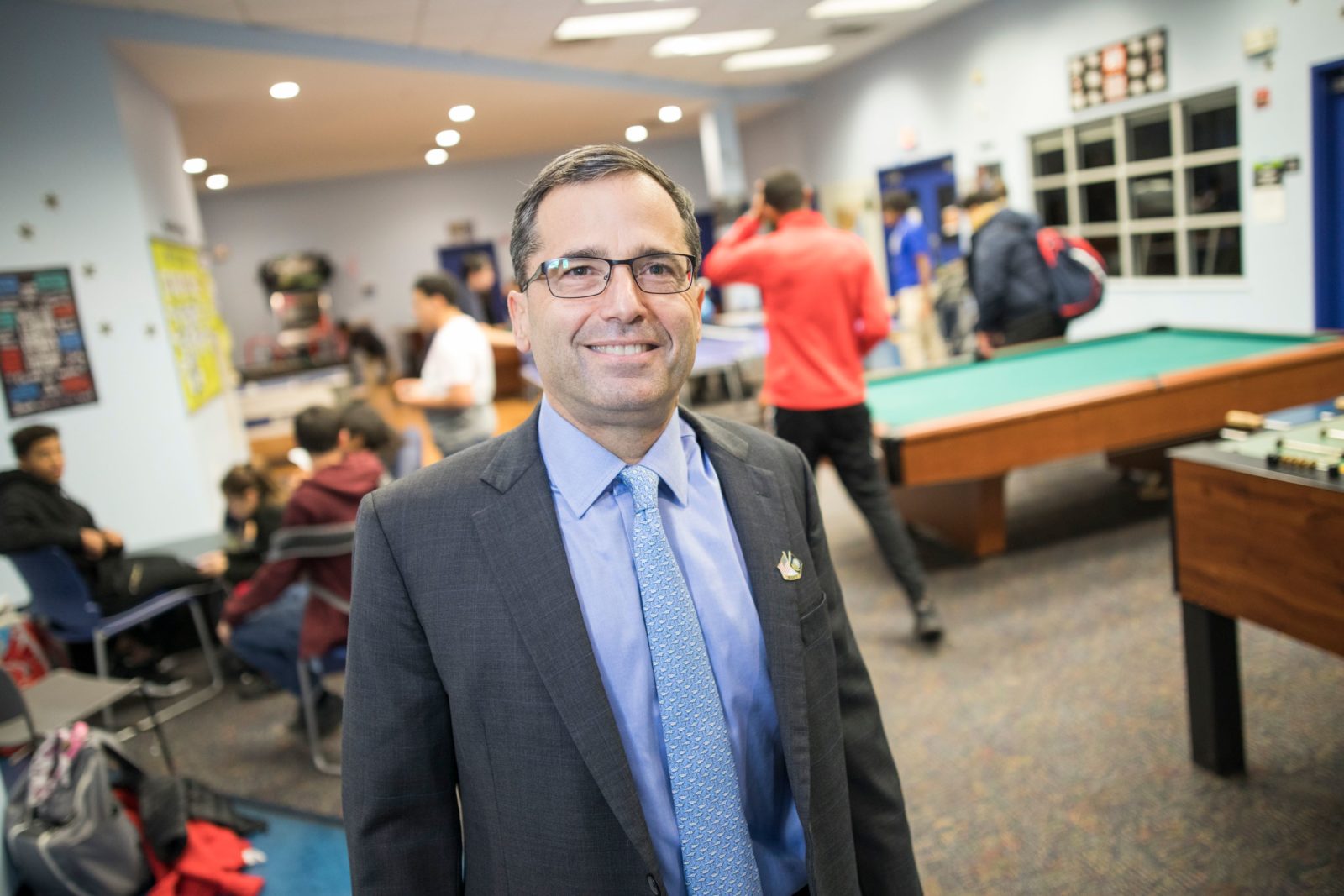 After decades of consistent success on and off the field, the Kraft family, owners of the New England Patriots, are preparing for a big transition: Josh Kraft, the third of four sons of Robert Kraft, is set to take over his family’s philanthropic efforts, including a new foundation created last year to combat antisemitism.

You would be forgiven for confusing this with a different piece of recent Patriots news. The announcement, which the family has made public in recent weeks, may lack the panache and emotional potency of star quarterback Tom Brady’s departure from New England, but it similarly marks a new era in the Kraft family legacy.

Though this transition occurs away from the limelight of the football field, it signals an important shift for the myriad philanthropic programs run from the offices of One Patriot Place.

Kraft, 53, has spent the last 30 years — virtually his entire career since graduating from Williams College — working for the Boys and Girls Club of Boston. Originally managing the group’s youth outreach program in south Boston, Kraft founded the group’s Chelsea branch in 1993, and was named the Nicholas CEO and president in 2008.

“I’ve learned so much,” Kraft told Jewish Insider in an interview on Friday. “But I just feel it was time for a needed professional change.”

Looking at different options in the nonprofit space, Kraft found the transition to his family’s foundation to be a natural fit. “I couldn’t picture myself working for another nonprofit,” he said.

While his new role appears to have a larger portfolio than the Boys and Girls Club, Kraft emphasized that the mission, which he describes as “supporting marginalized groups and building community,” remains the same.

“For the last 150 years, the Boys and Girls Clubs nationally have been true social justice,” Kraft explained. “What we’ve really done at any Boys and Girls Club is leveled the playing field so any kid that walks in the door, no matter their race, ethnicity, religion, physical or mental abilities [or] socioeconomic status, is afforded the same opportunities.”

The latest Kraft Philanthropies initiative is the Foundation to Combat Anti-Semitism. Robert Kraft announced the creation of the foundation, along with a $20 million funding commitment, in June 2019 while accepting that year’s Genesis Prize in Jerusalem. That announcement was followed by a high-profile $5 million donation to the foundation by Russian-Israeli billionaire Roman Abramovich and the hiring of Rachel Fish as the new group’s executive director in October.

Kraft promised that the new organization, which remains in development, will open a new front in bringing awareness to the continued propagation of antisemitism. The effort, he hopes, will put “antisemitism in the discussion with other forms of hate,” he explained. “It’s not just a Jewish problem, it’s everybody’s problem.”

The foundation has supported countless Jewish causes over the years, including recent donations to the United States Holocaust Memorial Museum, the Simon Wiesenthal Center and the Jewish Agency. The contributions come amid rising concerns over domestic antisemitism.

Kraft acknowledged that the organization had been in contact with Edelman about his statement, but declined to address the incident.

While antisemitism remains a growing concern for the organization, much of the recent focus has been on combating the effects of COVID-19. Even during his transition, Kraft finds himself busier than ever as the pandemic continues to rage.

Since coming onboard his family’s foundation, he has launched a joint effort with the Massachusetts Military Support Foundation that has provided more than three million meals to veterans and their families. With many children unable or discouraged from receiving vital healthcare at hospitals and clinics, the Kraft Foundation repurposed some of its mobile opiate units to provide services, such as vaccinations, throughout the region.

The Kraft Foundation also provides grants to support grassroots nonprofits across New England. Kraft highlighted recent efforts to support health care — including efforts to increase access to cancer screenings as well as issuing grants of up to $750,000 through the Myra Kraft Emergency Fund — and social justice work like Operation Exit, a program to match young adults released from prison with stable jobs and support for victims of domestic abuse.

“We’re always leveraging our partners to make an impact,” Kraft said. “It’s just staying flexible and meeting the needs of the community, even in a pandemic.”