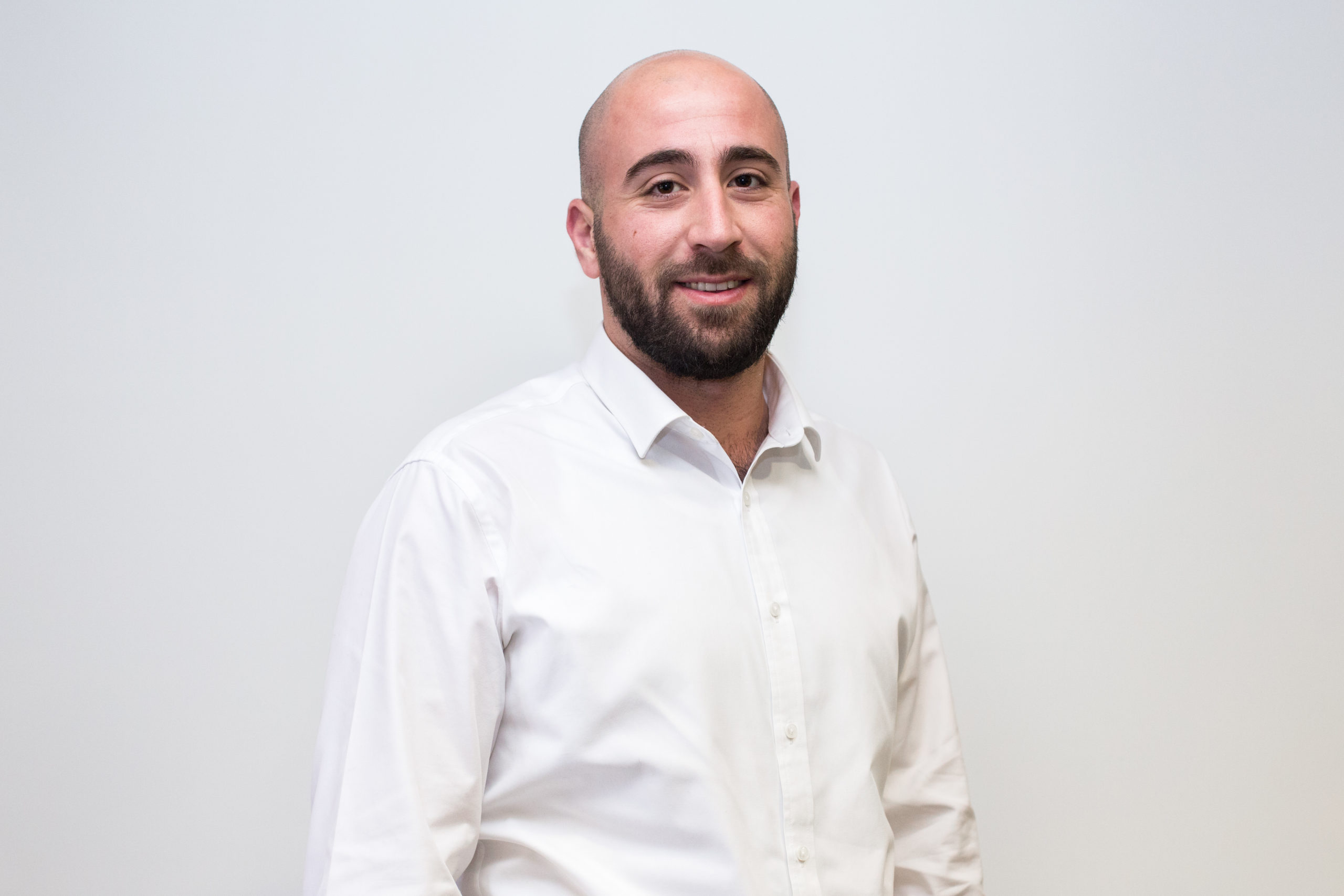 It was early March in Israel, and Rasool Saada was worried.

Saada, the Arab society lead at Maoz, an Israeli leadership network and incubator, was watching the number of COVID-19 cases in Israel creep up. And he was deeply concerned that the country’s Arab population would be uniquely vulnerable to the spread of the disease.

It seemed the odds were stacked against the close to two million Arab citizens of Israel. In many ways, their situation mirrored that of the country’s ultra-Orthodox: a mistrust of government orders — in particular from the military — tight, close-knit families in crowded neighborhoods and, for many, a disconnect from the regular stream of online updates.

But while Israel’s haredi communities were hit hard by the coronavirus, Arab neighborhoods have emerged relatively unscathed from the pandemic — so far. That’s due to a quick jump to action by community leaders, said Saada, 30, one of the key figures helping to fight the virus, who served as Maoz’s Arab representative to Israel’s National Coronavirus Command Center. There he worked alongside longtime bureaucrat Aiman Saif — a Maoz board member — who headed up the government’s Arab COVID-19 response.

“Until the third week in March, the Israeli government, the Health Ministry, weren’t speaking at all in Arabic,” Saada, a longtime activist, told Jewish Insider in a recent interview. “And it’s not just a language issue, it’s also the content — they weren’t speaking to the Arab society.”

The coronavirus outbreak kicked into high gear in Israel shortly after the country’s third national election, in which Prime Minister Benjamin Netanyahu was often accused of using anti-Arab rhetoric. “There’s a deep mistrust between the Arab society and Prime Minister Netanyahu,” Saada said. “People [in Arab communities] won’t believe what they hear from him, and they don’t trust that he is coming to serve them.”

So Saada worked quickly to coordinate a series of educational videos warning about the dangers of the disease. Working with the Arab Mayors’ Forum and other local authorities, Saada and Maoz mobilized the many Israeli-Arab healthcare workers to get out the message.

“We are 25% of the health system,” said Saada, pointing to the many Israeli-Arab doctors, nurses and pharmacists as the ideal “agents on the ground to talk to people… they were part of a huge campaign to raise awareness.”

Saada said it was particularly important to wage an information campaign in the early days of the virus, when there was little Israeli literature in Arabic and rampant misinformation online. “Most information coming in Arabic to social media was coming from Kuwait and Egypt,” Saada said, “and sharing a lot of conspiracies about COVID-19.”

And that early intervention appears to have paid off. In mid-May, when nationwide coronavirus cases stood at more than 16,000 — with over 250 deaths — the Arab sector was in much better shape. Statistics shared by Maoz claim that there were just over 1,000 confirmed cases among Israel’s Arab population at the time and five deaths — putting it well below the national average.

But even after the video campaign, Saada, Maoz and the local Arab authorities knew that the battle was far from over. Over the course of the next two months — along with the Health Ministry, the Interior Ministry and the Arab Mayors’ Forum — Saada worked to counter the factors stacked against the population.

And he said many in the Arab community had strong motivations to follow the restrictions. “When we saw the attacks — especially in the Israeli media — against the haredi society [for not following COVID-19 guidelines], we were too afraid that’s going to happen also to the Arab society,” Saada said. “That made us talk a lot about it and decide to take responsibility for ourselves.”

For starters, much of the early COVID-19 testing was being carried out by Magen David Adom, which does not have a significant presence in many Arab towns. Saada successfully lobbied the National Coronavirus Command Center to ensure testing was also operated through the four national health providers and rolled out in Arab neighborhoods.

Together with Saif, Saada and the “Arab desk” at the National Coronavirus Command Center worked to coordinate and advise the government’s response to COVID-19 among the Arab population. The Arab desk helped the government understand concerns that are unique to the Arab communities, including the observance of Ramadan. “The meaning of Ramadan is to be together, the whole family, to visit and to eat together,” Saada said. “Suddenly in the coronavirus period it’s not allowed.”

The team also needed to play a role in the government’s efforts to transfer coronavirus patients to hotels for isolation purposes.

“There was huge resistance from people in the Arab community,” Saada said, not just over “cultural issues” of asking people to leave their homes, but also because “you’re taking them to hotels in Tel Aviv or in Ashdod that are managed by IDF soldiers.”

He also pointed out that the government restriction on people traveling 100 meters from their homes had little effect on many Arab families. “If I walk 100 meters in Shfaram, in my [home]town, I’ll meet my entire family,” he pointed out. “They all live there.”

The wide-ranging effort, Saada said, brought together government officials, Arab mayors, NGOs and community leaders to unify the response. The Arab desk’s recommendations were then presented to the government before it made its decisions.

“When they actually decided about the law for Ramadan, our recommendation was there,” he said. “We can say that we successfully influenced and affected the decisions related to the Arab society.”

In recent weeks, cases of coronavirus in Israel have ticked up, and partial lockdown orders have returned to some communities. Saada is fully aware the fight against the pandemic is not over.

“I’m all day in conversations about this issue,” he said. Though the National Coronavirus Command Center was disbanded, “we’re still active within the Arabic media, within social media, we are updating the people all the time what’s happening.” If the command center reopens, he said, he is more than ready to return to the front lines.

Saada has a long history of advocating and fighting for reform. The Shfaram native, who now lives in Haifa, attained his law degree at Bar-Ilan University. For years he has been striving to counter the levels of crime in Israeli-Arab communities, inspired by watching his own friend get caught up in violence and end up in prison.

“I knew that it could have been me,” he said. “I myself was once arrested by Israeli police in some demonstration,” he added. “So I have my problems with the Israeli police. But when I see my people killed on the street — there is no other police. So I need to work with them. I need to convince them, I need to change them. At the same time, I’m working hard to change my society and my people.”

While in university, Saada represented Arab students in the National Union of Israeli Students, and later served on the Council for Higher Education. He has been active in politics, and before joining Maoz, he worked at the Abraham Fund as director of its Safe Communities Initiative.

And while the past few months have been almost exclusively focused on fighting COVID-19, Saada is still eager to get back to tackling many of the other challenges in Israeli-Arab communities. In fact, he is hopeful that the coronavirus mobilization can have a lasting, positive effect on Israeli society.

For starters, he points out, the disparate leaders of the Israeli-Arab community came together in an unprecedented fashion to coordinate a rapid response.

“The Arab society came to this conversation with the government with more power,” he said. “It was an empowering process to come together — the local authorities, the Joint List, the NGOs — all in one conversation. It’s the first time something like that has happened.”

And the pressing scare of COVID-19 saw Jewish and Arab Israelis working side-by-side in a way that they haven’t in other national crises.

“Emergencies in Israel are generally connected to wars or military operations,” Saada said. “This is the first time that the emergency case is about a civilian issue.”

That made it much smoother to bring Arab decision-makers into the center of the government’s command center.

“In times of emergency, people are more open to others to learn, to hear, to make changes,” Saada posited. “We succeeded to do a lot of things that in a regular situation could take years. We did it in 48 hours, and that’s amazing. Crazy, I would say.”

The real challenge, he said, will come when we “get back to a regular situation” and people “go back to the ideological positions they held before.” But he believes that over the past few years, Jewish and Arab Israelis have been finding more and more “shared responsibility” and areas of cooperation.

“I think after COVID-19 there is an opportunity, that the government and society and local authorities should be aware of and take advantage of,” he said. Such a movement will be “a painful process for both sides,” he said, but well worth it.

Saada admits it might be “crazy” to be optimistic about his uphill battle — but he remains so regardless.

“I’m always optimistic,” he said. “The world is changing. And we should be part of these conversations.”