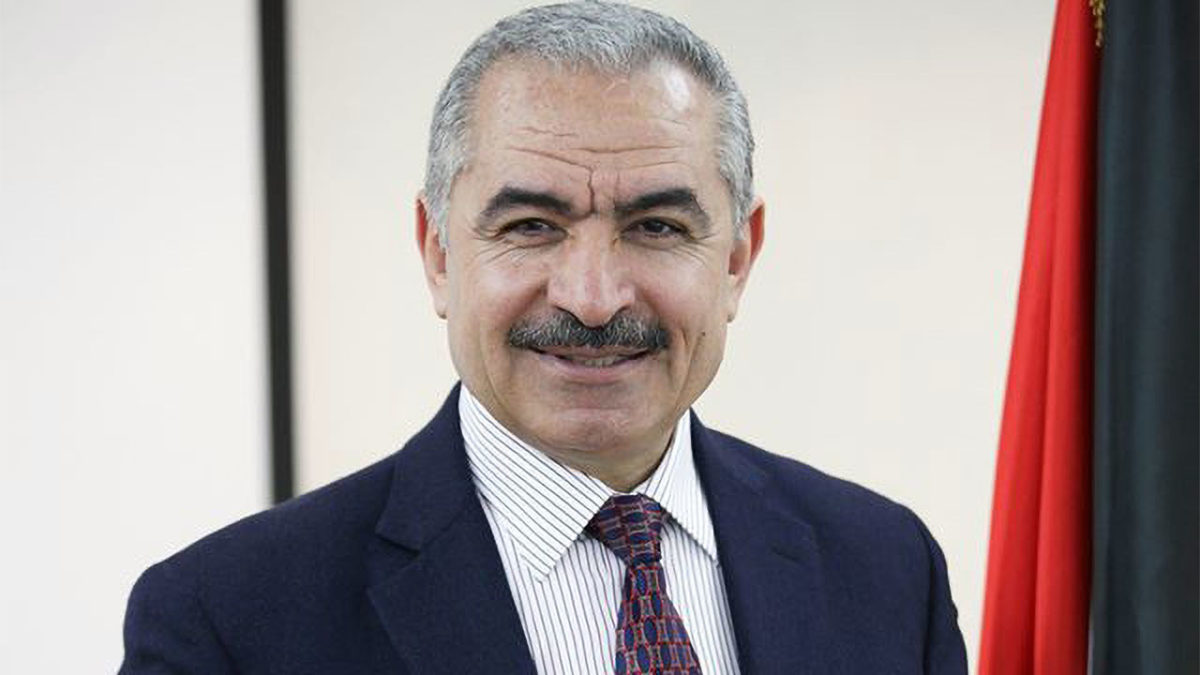 The Palestinian Authority claims it has submitted to the Quartet — the U.S., E.U., Russia and U.N. — a Mideast peace proposal intended as a counter offer to the plan unveiled by President Donald Trump earlier this year.

Details: Speaking to reporters in Ramallah on Tuesday, Palestinian Authority Prime Minister Mohammad Shtayyeh said the five-page document included a demilitarized Palestinian state in the West Bank, Gaza and East Jerusalem, with one-to-one land swaps with Israel. Shtayyeh declined to provide further details, saying only that Palestinians would accept “minor border modification” and the exchange of territory equivalent “in size, in volume and in value.” Shtayyeh did not explicitly mention the Palestinian right of return or specify the location of the future capital.

Why it matters: Khaled Elgindy, a senior fellow at the Middle East Institute, tells JI that the positions laid out in this proposal are “essentially the same positions” that have guided Palestinian negotiators since 2008. “The only difference is they’re now public.” Since the Palestinians don’t want to legitimize the Trump plan in any way, he said, “this is a way of filling the ‘dead air’ and ticking the box” for those urging them to engage. “The fact that it was delivered to the Quartet, an institution that has not played a meaningful role in Israeli-Palestinian diplomacy for well over a decade, is equally telling.”

View from Washington: Former White House Mideast peace envoy Jason Greenblatt told Jewish Insider: “While I have not seen the actual response from the Palestinian side to the Quartet, based on news reports, it sounds like the response is merely a repetition of the demands the Palestinian leadership in Ramallah — as opposed to the blood-thirsty, Iran-funded terrorists who ‘lead’ in Gaza — have made over the years. That is not a counteroffer or a negotiation. That is simply another rejection of yet another peace proposal,” Greenblatt claimed. “The Palestinian demands are rooted in aspirations and things they have improperly promised their people over the decades. These demands are not based on rights, nor are they realistic or implementable. Tossing out President Trump’s detailed vision and replacing it with the same points used over the decades is a waste of everyone’s time and will not lead to a better future for the Palestinians.”

Late to the party: A former Bush administration official noted that the proposal being put forth by Ramallah appears to mirror the offer former Israeli Prime Minister Ehud Olmert made in 2008. “They are a bit late,” the official told JI. “In 2008, Olmert’s proposal had U.S. support, but now the US has its own plan. In 2008, the Palestinians had very wide Arab support, but now the Israelis have better relations with a lot of Arab states than the Palestinians do.”

End game: Greenblatt told JI: “There is a division in how the international community views this conflict, but one thing is clear — this conflict will not be resolved by other countries or by international organizations, international conferences or in the United Nations. The two sides must get together and negotiate directly.”

Maybe that’s the plan: The former Bush administration official quipped, “The good news is that, by this calendar, they will finally accept Trump’s plan only 12 years from now.”