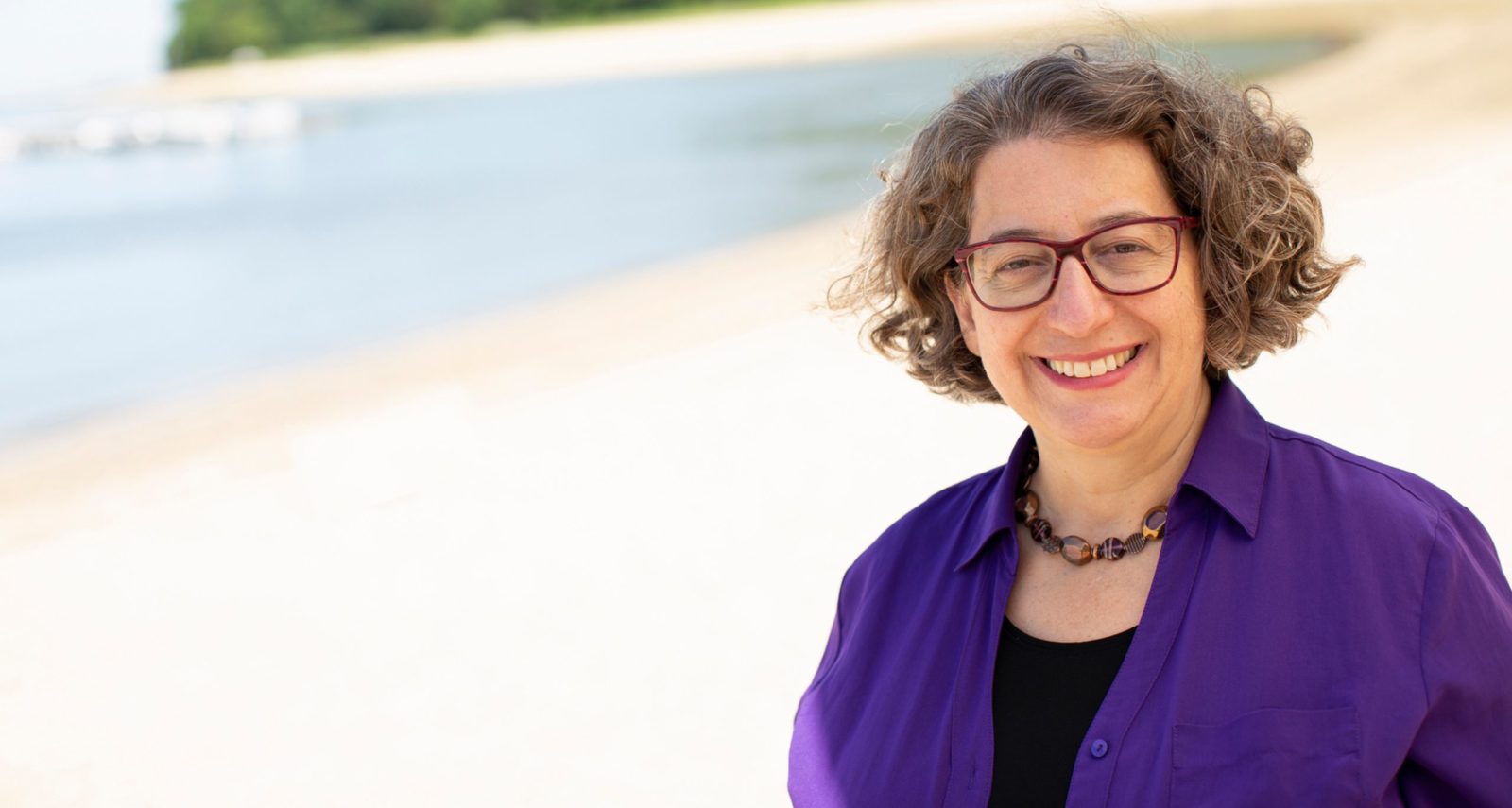 Rep. Lee Zeldin’s (R-NY) victory in his 2018 reelection bid was not unexpected. But the narrow margin of his win over political newcomer Democrat Perry Gershon in New York’s 1st district two years ago came as more of a surprise.

Now Gershon, a real estate lender, is gearing up for a rematch against the three-term Zeldin, one of two Jewish Republicans in the House of Representatives, in a district that has trended red in recent years. But before he can take on the incumbent congressman again, Gershon must face off against three candidates in the district’s Democratic primary on Tuesday: chemistry professor Nancy Goroff, Suffolk County legislator Bridget Fleming and business consultant Greg Fisher.

Gershon is confident that, this time around, he has the experience and name recognition necessary to beat Zeldin. “I spent my time in the off year engaged in the community, meeting with people… and taking the retail politicking to a level I was unable to do the first time around because nobody knew me,” Gershon said in an interview with Jewish Insider.

Goroff, who teaches at Stony Brook University, is significantly ahead of Gershon in fundraising, with nearly $2.4 million raised and $760,000 still in the bank. Gershon has raised approximately $1.2 million and has $188,000 remaining, while Fleming raised $700,000 and has $112,000 on hand. Fisher has raised no money, according to Federal Election Commission filings.

The Democratic nominee will likely need a sizable fundraising haul to compete with Zeldin — who has raised nearly $4 million and has more than $2 million still on hand.

Goroff believes her background in science will give her an edge over her competitors and will ultimately be an asset on Capitol Hill. “I will bring unique skills and expertise to Washington, so that I can be a leader on issues that matter, like climate change and healthcare and getting us out of the COVID-19 pandemic crisis,” she told JI. She also highlighted her accomplishments at Stony Brook, including pushing to expand healthcare coverage and leading diversity, equity and inclusion initiatives.

“I think that I can hit the ground running in Washington and really lead on important issues,” she added. Goroff, who hopes to leverage her background to serve on the House Science, Space and Technology Committee and the Education and Labor Committee, said she’s intensely focused on climate change.

“I want to be a resource for other members of Congress. I want to make sure that my office is helping members have access to the best information available,” Goroff said. “This is for Republicans and Democrats, that they can get their questions answered and then hold their [colleagues’] feet to the fire to make sure that we’re really taking meaningful action on climate change.”

Fleming is also focused on the environment, touting her record in the county legislature. “On all these issues when Donald Trump and Lee Zeldin have abandoned us, I’ve been a champion and I’ve been known to stand up for our environmental resources,” she said.

Fleming pointed to her past electoral victories and experience as a lawmaker as evidence that she’s the best choice to take on Zeldin in the fall. “I have a great deal of support because of the work that I’ve done for the community over the years,” she said. “But also I know how to run a good race, and it’s going to be a tough race.”

Goroff and Gershon both told Jewish Insider that their Jewish faith has been a driving force behind their political aspirations and their decision to challenge Zeldin.

Both candidates criticized the congressman for voting against last year’s House Resolution 183 condemning antisemitism. Zeldin said he voted no on the resolution because it had been watered down, but Goroff posited that Zeldin’s preferences for the bill “didn’t match the reality of what was going on on the ground.” Gershon called Zeldin’s vote against the bill “appalling.”

“The reason that I got in is that I want to make the world a better place,” Goroff said. “It’s very much that Jewish idea of public service and improving the world around you. It means getting involved in [the] community.”

Gershon and Goroff are also largely aligned on their approaches to the U.S.-Israel relationship. They both support a two-state solution, but believe that the president and Prime Minister Benjamin Netanyahu have made the peace process more difficult, and said the potential annexation of parts of the West Bank — which could happen as soon as July 1 — would be a further obstacle to peace.

“Too often, the discussion… has been focused on whether the Israelis or the Palestinians have the right to take a certain action, as opposed to… whether it’s actually in their self-interest,” Goroff said. “There seems to be a very short-term focus. And it’s largely about Netanyahu trying to stay in power, as so much of his activity over the last years has been.”

Gershon — who has visited Israel nine times — was mostly in agreement, but noted that the Palestinians lacked a voice in conversations related to peace negotiations. “A two-state solution isn’t in the cards right now because there’s no one negotiating for the Palestinians,” he said. “But I’d like to see the settlements stop, and I think that will help bring a partner to the table.”

Fleming criticized the Trump administration’s “impulsive” foreign policy. “Policy has to be formulated and implemented that will ensure stability in the region and safety for the citizens of Israel,” Fleming weighed in. “In that respect, I think we need to ensure that financial support for Israel is maintained.”

Gershon stated that cutting U.S. aid to the Palestinian Authority was unequivocally “the wrong move.”

Gershon is also a strident critic of the BDS movement, which, in a position paper, he called “little more than a new manifestation of antisemitism.”

“It is a lie to suggest that BDS seeks peace in the region or is founded on legitimate principles,” he added. “BDS is particularly threatening at the college level, as the movement tries to brainwash our youth to turn against Israel at a young age.”

Recent polling in the race has provided varied results with no clear frontrunner. A poll conducted in late May by Goroff’s campaign found her in a statistical tie with Gershon, with Fleming trailing by double digits. The May poll was a boost for Goroff, who in a poll a month earlier had trailed Gershon by 22 points. In the April poll, Fleming had a five-point lead on Goroff. Fisher took just 1% of the vote each time.

But a separate poll released by Fleming’s campaign painted a drastically different picture — it found Fleming and Goroff in a statistical tie, with Gershon trailing them.

With no clear-cut winner ahead of Tuesday’s primary, the race is anyone’s game. All three candidates have in recent weeks sought to tie Zeldin — who traveled to Tulsa, Okla., for Trump’s first campaign rally in months — to the president in the hopes that a blue wave will boost their odds with primary voters.

“The damage that Trump has done with his xenophobia, and that Zeldin has done enabling the president — Zeldin didn’t even criticize what happened in Charlottesville, and to me that is a shonda for his Judaism,” said Gershon.

“I’m a big believer in racial justice and in the need — as part of my Judaism — to establish equal treatment for brown people and white people under the law of the land.”