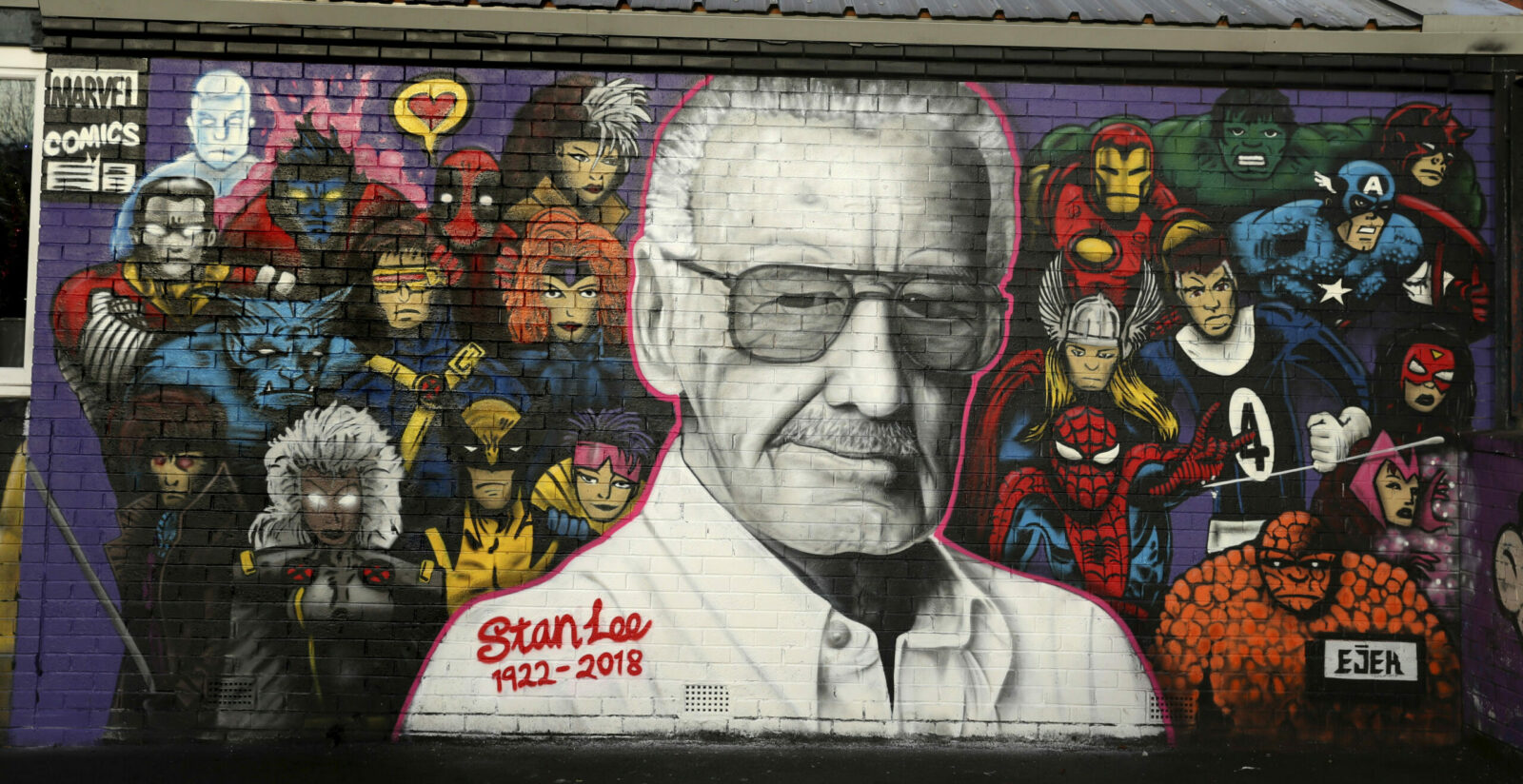 The man, the myth, the Jewish comic book legend

When Liel Leibovitz was approached about writing a book on Stan Lee, it felt like a dream come true.

Leibovitz, a writer for Tablet magazine, grew up captivated by comic books. And the chance to write about Lee — the legendary Marvel comic book writer integral to the creation of Spider-Man, the X-Men, Iron Man, the Hulk and many other iconic characters — felt like a golden opportunity.

“I was absolutely obsessed” with comic books as a child, Leibovitz told Jewish Insider in a recent interview. The author, who grew up in Herzliya, successfully convinced his parents that indulging his habit would help him learn English, and “I got completely hooked.”

Fast forward a few decades, and Leibovitz was thrilled at the opportunity to “get paid to take the next couple of years and think about the man I admire.”

The resulting book, Stan Lee: A Life in Comics, is the latest entry in Yale University Press’s “Jewish Lives” series. But don’t crack it open expecting a straightforward biography of Stanley Martin Lieber — born on Manhattan’s Upper West Side to Jewish immigrant parents — the man who left an outsized footprint on American popular culture.

“I didn’t want to write a biography of Stan Lee,” Leibovitz said. “What I wanted to do was to take these creations that he forged, and find the hidden meaning in them — which I’ve always expected was fiercely Jewish, and far more layered than most critics give them credit for being.”

The bulk of his work on the book, he said, was “was thinking seriously, heavily, deeply about these stories, and wondering what made them not just beloved, but really the closest thing we have to an American mythology.”

And while Lee’s face is on the cover of the book and his name in the title, Leibovitz wants to make it clear that comic book artist Jack Kirby (born Jack Kurtzberg), Lee’s longtime collaborator, was just as key a figure.

“He was truly one of the greatest American artists in every medium in the last century — a person of tremendous imagination and capabilities and skill and magic,” he said of Kirby. “It was very important to me to do him justice, and to celebrate his many contributions without, of course, taking anything away from the magic of Stan Lee.”

Dispersed among stories from Lee’s many decades at Marvel Comics, Leibovitz delves deep into his famed creations, imbuing them with layers of meaning and examining them with Talmudic concentration.

Spider-Man is not just another superhero, but “a young man learning how to be human, a direct descendant of the first biblical figure who wrestled with this very question: Cain,” Leibovitz writes. The Hulk and his alter-ego, Bruce Banner, he suggests, are analogous to the concepts of Adam I and Adam II, coined in Rabbi Joseph Soloveitchik’s seminal essay “The Lonely Man of Faith.”

“What I wanted wasn’t the literal truth,” Leibovitz said, citing a concept from filmmaker Werner Herzog. “What I wanted was the ecstatic truth. I wanted the kind of unseen currents just under the surface that actually guided this storm.”

Despite his in-depth literary criticism, Leibovitz makes it clear that he is not making any literal claims about the superheroes’ origins.

“What I want to do is to try and draw connections, to try and find themes and ideas that sort of lurk right under the surface of the text, that, once seen, give the comic books and Stan Lee and the whole enterprise a totally different meaning,” he said. He recognizes that the mythologies he spins may “not always be the literal intention of the author — and so be it.”

Anyone who studies Lee and his Marvel creations knows the comic book producer was notoriously coy about his inspirations. “I never really thought of it,” he once told a radio interviewer. “It is strange when you mention it that the best-known characters were done by Jewish writers.”

Lee’s evasion was, of course, no accident, Leibovitz notes.

“No good magician shows the mechanics of his trick,” Leibovitz said. Additionally, he believes Lee “realized that the vaster and the blanker the canvas, the more inviting and enticing it is for the audience to come and participate in the art of creation.”

Bolstering many of Leibovitz’s theories is a story from 1972, when Lee headlined an event at Carnegie Hall for thousands of comic book fans. At one point in the evening, he took to the stage and read an original poem titled “God Woke,” a long examination of the relationship between master and creator.

“To me, this was the proof that theological matters have always been first and foremost on his mind,” Leibovitz said. “Despite all his protestations — that he has never really thought so much about Judaism or theology or God or what have you — here he is on stage, at what is the absolute peak of his career… and the one thing that he chooses to do was read this fairly dense poem about the creator.”

Leibovitz has no real doubts that his beloved Marvel heroes are born of a particularly unique sensibility, one shared by Kirby and Lee, two men born in Manhattan, just a few years apart, to Jewish immigrant parents from Europe.

“You see Jewish life and culture in [the superheroes] from the very first page,” he said. “They argue, they’re neurotic, they have these tremendously interesting flaws that bring about their downfall and redemption — just like, say, King David. I think that’s Stan Lee’s greatest contribution to contemporary American Jewish history.”