'People don’t appreciate the extent of the role of the nonprofit sector in America’s civil society,' says JFNA CEO 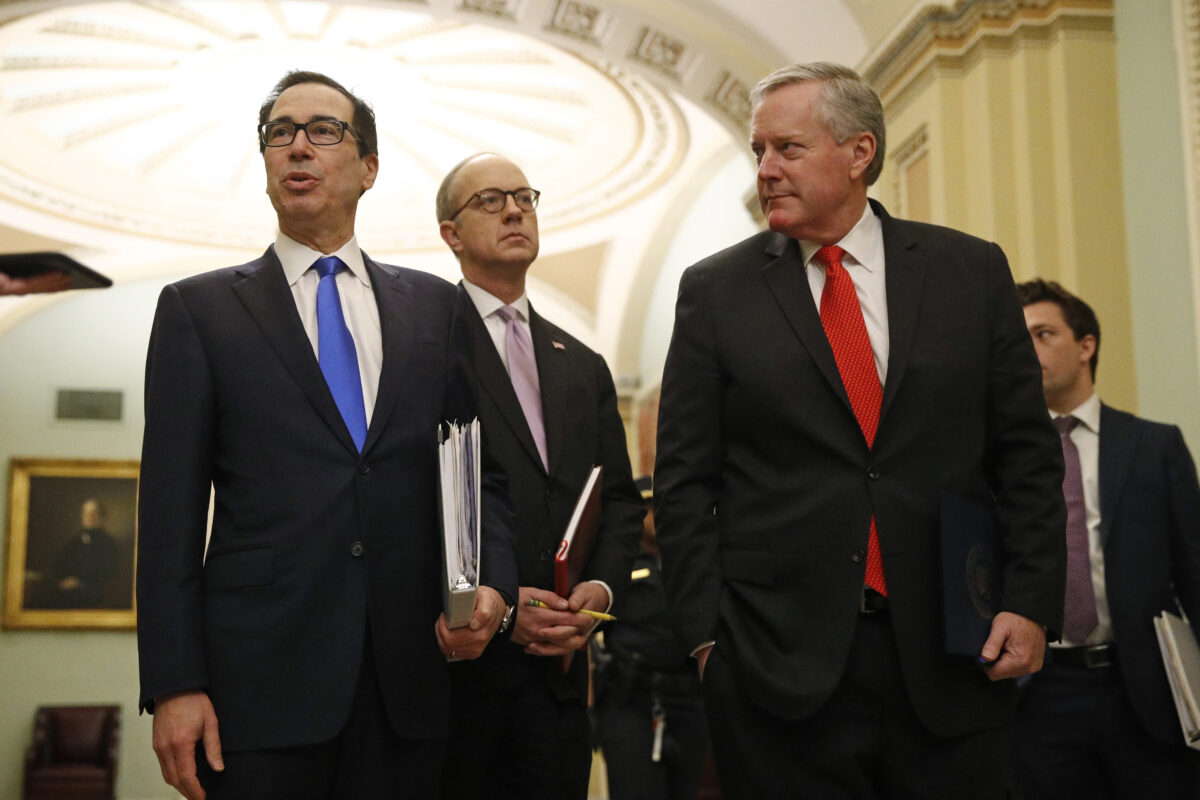 Congressional negotiators came to a deal on a bipartisan $2 trillion emergency stimulus package — after five days of frenetic talks and two failed attempts — to assist those impacted by the coronavirus pandemic.

Pleading for help: Earlier this week, leading Jewish organizations and nonprofits — including the Jewish Federations of North America, the Orthodox Union, Agudath Israel of America, the Union for Reform Judaism and the Anti-Defamation League — lobbied Congress to increase immediate and long-term relief for faith-based charities and religious nonprofits.

Details: In a joint letter, the groups asked for $60 billion in emergency funding to assist communities facing loss and declining revenue due to the pandemic. The organizations listed proposals including improving the “above-the-line charitable deduction” and raising the cap to at least $2,000 to allow post-March 1st donations to immediately be claimed on 2019 tax returns — due July 15 — through 2021. An initial draft of the bill had baselined the “above-the-line” deduction at $300 for charitable contributions.

Lifting the cap: A bipartisan amendment, led by Sens. James Lankford (R-OK) and Chris Coons (D-DE), calls to increase the cap to $4,000 for individuals and $8,000 for couples. The groups also sought to qualify all nonprofits for new small business loans by lifting the cap on 500 employees and omitting language that excludes nonprofits from receiving Medicaid reimbursements — such as nursing homes, community health centers, family service and workforce development agencies, and group homes for adults with disabilities.

JFNA CEO Eric Fingerhut tells Jewish Insider’s Jacob Kornbluh: “There seems to be no controversy about set-asides for the airline industry or hotels and other tourist industries who have been so impacted by this. But people don’t appreciate the extent of the role of the nonprofit sector in America’s civil society — providing basic services to citizens and being in the first line of support. And if the country were to allow the nonprofit sector to fail or to significantly diminish, we would feel the impact of that across every aspect of society in every religious and ethnic community and every community of any kind. And we can’t let that happen.”

Achievement: The first draft of the legislation already included nonprofits ― capped by the 500-employee limit — as eligible for the Small Business Administration $350 billion fund, which provides loans that are convertible to grants. Stephan Kline, interim director of JFNA’s Washington office, called it a “pretty significant” achievement that “had never happened” before. “The breadth that the organizations in the Jewish community would be able to take advantage of this program is immense and is really needed,” Kline explained.