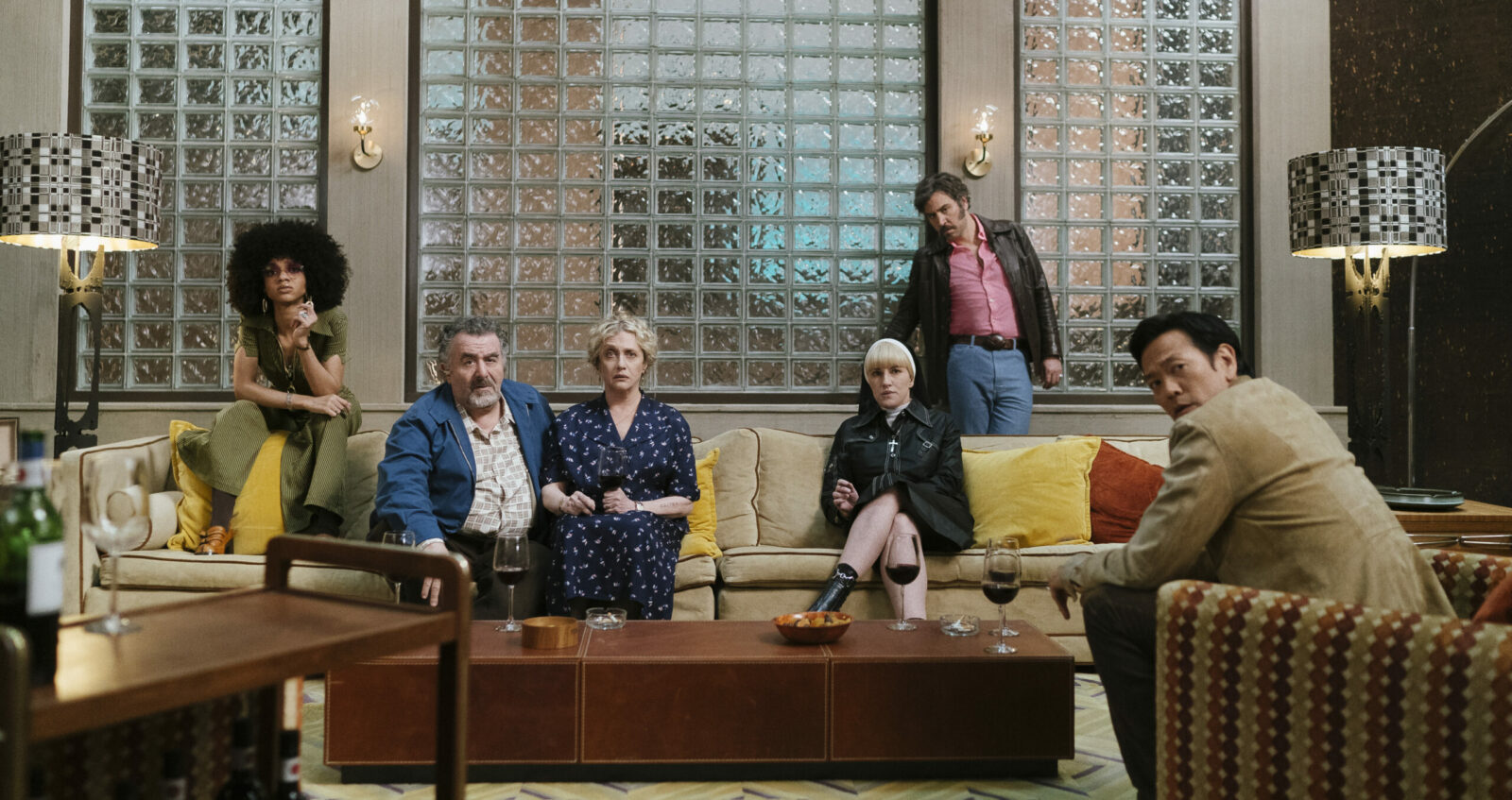 The truth and fiction of the new Amazon series ‘Hunters’

When Zack Schor was cast in the Amazon Prime series “Hunters,” he was excited to get his first big Hollywood break. And he was also moved to be playing a role so intertwined with his family’s painful history.

Schor portrays the younger version of the character Meyer Offerman in the new Amazon show, which hits the streaming platform today. When viewers first meet Offerman in New York in the 1970s, he is played by Al Pacino. Offerman is the leader of a motley crew of Nazi hunters working to chase down and take revenge on former members of the Third Reich embedded in American society. But the show later flashes back to Offerman as a young man, played by Schor, during his harrowing imprisonment in Auschwitz.

“Based on my family history, I felt a really deep personal connection to the material and to the character,” Schor told Jewish Insider in a recent interview. “For me, it made it especially important to do justice to the character in the way I portrayed him.” The young actor threw himself into research, reading firsthand accounts of Holocaust survivors, including Elie Wiesel’s Night, “to get a view of what it might have been like to be there.”

Schor learned a smattering of Polish to play Offerman, and also lost 35 pounds for his scenes in the concentration camp. “These scenes should not be easy to watch,” he said. “I wanted people to be uncomfortable when they saw me on screen.” It was a lot of work, he said, “but I think my connection to the story fueled my motivation.”

That connection comes from his paternal grandparents, who are both Holocaust survivors. Schor’s grandmother fled Paris as a child and lived in hiding for most of the war. His grandfather was born in Poland and fled to Hungary, but wound up imprisoned in a concentration camp near Budapest.

“They’re both very excited for me,” Schor said. “My grandmother has a little bit more freedom in terms of talking about her experience… she’s very excited and I think also knows that some of it’s going to be very hard to watch.” His grandfather, meanwhile, is “not quite as eager to talk about it,” or any of his wartime experiences.

The majority of the series was shot in and around New York, but some of the concentration camp scenes were filmed on location in Budapest, Hungary.

“I think every person on set — not just the people who were Jewish — every person felt the weight of the scenes and that material,” Schor said. “They were hard days, but they were very gratifying.”

“Hunters,” which was created by David Weil and executive produced by Jordan Peele (“Get Out,” “Key and Peele”), spotlights a fictionalized group of off-the-grid vigilantes seeking revenge for the atrocities committed during the Holocaust. The show’s protagonist, Brooklyn teenager Jonah Heidelbaum — played by Logan Lerman — was raised by his Holocaust survivor grandmother, who is one day mysteriously shot dead in her apartment. Her death leads Heidelbaum to stumble into the band of Nazi hunters led by Offerman, who met his grandmother in Auschwitz. The 10-episode first season follows the exploits of the Nazi-hunting squad in a highly stylized and darkly graphic manner, with themes of comic-book exploits and 1970s caper films.

In early reviews of the show, “Hunters” has received a decidedly mixed reaction. The New Yorker called it “spectacularly misbegotten,” while Rolling Stone said it “can be sober and thoughtful in one moment, gleefully trashy in the very next.” The Washington Post referred to the show as “intriguing but often contorted… a fast, frenetic show that’s all over the place — emotionally, violently and conspiratorially.”

The show is based on mostly true events, though it features a heavily fictionalized version of what took place. Thousands of Nazis did settle in the United States after World War II, at times aided by U.S. officials. In 1979, the Justice Department created the Office of Special Investigations, which was established to hunt and prosecute Nazi war criminals. Various other civilian groups and individuals also worked to hunt down Nazis long before the government took action, most prominently Simon Wiesenthal, who devoted much of his life to the cause.

Rabbi Marvin Hier, founder and head of the Simon Wiesenthal Center, told Jewish Insider that the series has no connection to his organization’s namesake, but he appreciates the story being told on screen.

“The truth is that Simon Wiesenthal was not a professional Nazi hunter, he was an architect by profession — he told me once in Yiddish, he didn’t know ‘gornisht,’ a single thing, about Nazi hunting,” Hier said. “But he was forced into it by circumstances. He told himself: ‘If we don’t do something about it, these guys are going to go free.’” Hier pointed out that many world powers were focused on bringing senior Nazi leadership, like Adolf Eichmann and Hermann Goring, to justice. Wiesenthal, Hier said, was troubled that “the people who did the real killing — they will be forgotten, nobody will go after them. The allies are busy with the big fish.”

It is highly realistic, Hier added, that the people looking for any individual concentration camp guard were amateur investigators. “They were not pros, they had to learn the hard way,” he said, “and they made mistakes along the way.”