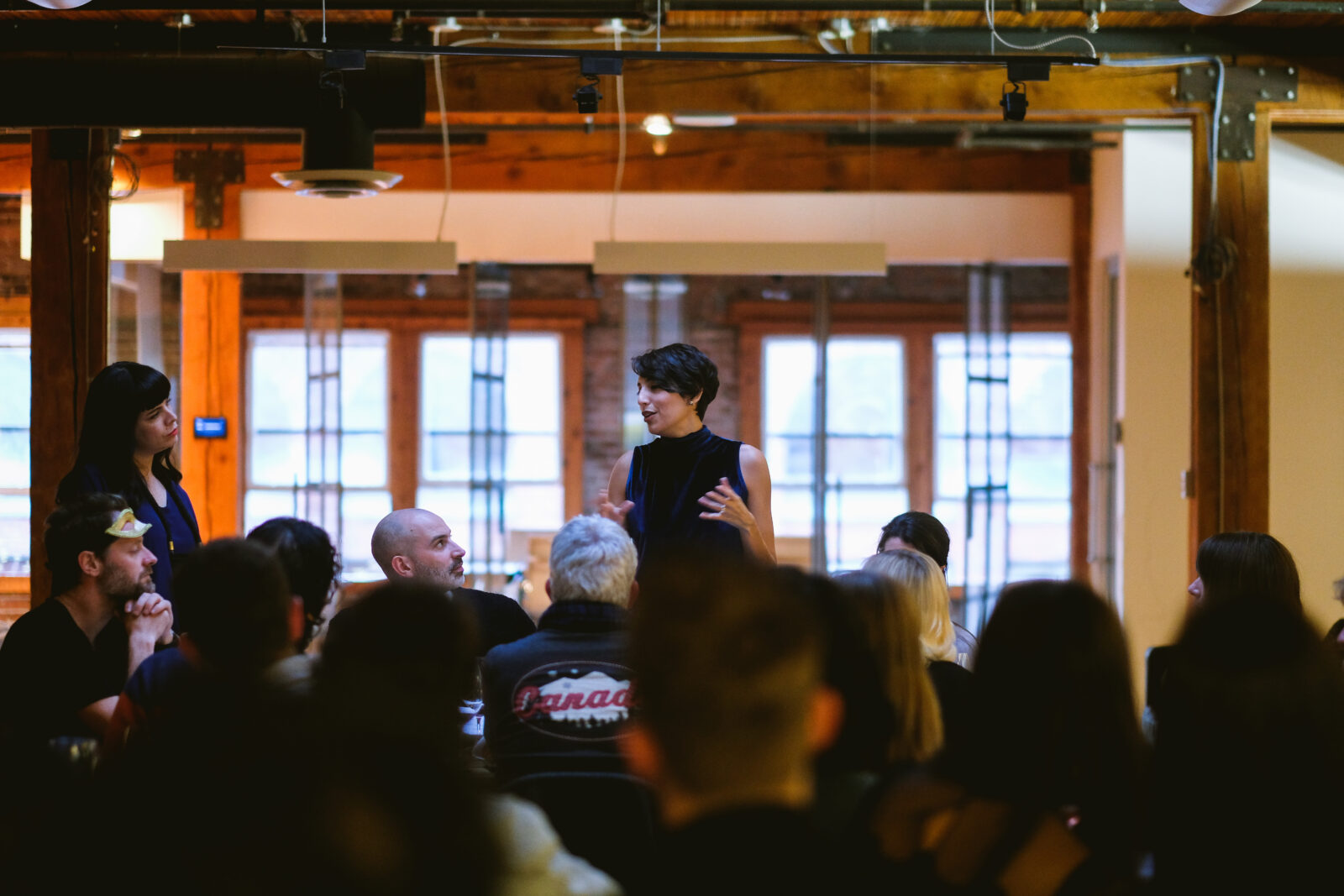 The woman rethinking traditions and community across the globe

Joanna Riquett isn’t an event planner – she’s an “experience designer,” a magazine editor and a fan of “intentional gatherings.” The 33-year-old Colombian spent her twenties hopping through Buenos Aires, Los Angeles and Vancouver before settling in Mexico City last year, looking for a new start. And she’s found it, while bringing experiences from her past.

In 2016, while she was living in Vancouver and working as editor of Hayo Magazine, Riquett was invited to visit Israel as part of the Schusterman Family Foundation’s REALITY program — “cool people doing cool stuff,” she explained over coffee and vegan enchiladas. While in Israel, she said, she began to reflect as she learned about the concept of tikkun olam — or, “repairing the world.”

Things started to click while celebrating her first Shabbat in Jerusalem. “I loved the intentionality behind it,” Riquett said. “I said, ‘I just have to do Shabbat.’” What began as a single night in Jerusalem became frequent Shabbat dinners in Vancouver, and now, a space for the community in Mexico City, a city with a thriving Jewish community numbering in the tens of thousands.

A recent event of Riquett’s took place inside a canvas dome in a building in the middle of one of Mexico City’s trendiest neighborhoods, La Roma. The event invitation told attendees to “dress in white,” for “an evening of reflection, global community and delicious abundance.” Inside was a mix of people – most speaking in English, though some in Spanish and some in Hebrew. There were a few older attendees, a family, American expats and one couple from Israel on their honeymoon.

After the traditional candle-lighting, prayers and blowing of the shofar, things took a nontraditional turn. At Riquett’s request, attendees set New Year’s resolutions: reviewing five parts of our lives, we were asked to set goals in relation to love, health, friendship, community and work. The newfound intentions were then taped to a paper tree tacked on the wall. The evening had the feel of a New Year’s Eve celebration. We were buzzing with energy, excited about what was to come — whether that was our future or the loaf of challah coming our way.

Over coffee, Riquett explained that although she’s not Jewish, she was drawn to Jewish holidays like Rosh Hashanah and Shabbat because of the intentionality behind them. “I saw this opportunity to create a space to connect with your neighbor,” she said. “It’s a way to bring forward conversations that wouldn’t normally happen, all while unifying people. And, if you have meaningful conversations around Shabbat, then the likelihood of inspiring change or planting a seed is much higher.”

She’s gotten mixed reactions to her Shabbat invitations. “It was so traditional in Colombia,” she said with a laugh. “They would ask me, ‘Are you Jewish?’ ‘Are you a convert?’ ‘No? I don’t understand!’” Even in Mexico, Jewish families tend to celebrate holidays at home. Riquett jokingly says her events in Mexico City appeal to the “orphans” – those living far from home, or traveling, or those yet to find a community in the city.

Riquett says she’s not part of the Jewish community, but has found her place through her REALITY trip family. In 2017, she returned to Israel to lead a REALITY Adelante group designed for “innovators in the Latin American community,” as the foundation’s website describes the trip. She says that her first time around, she was left with the question, “How can you evaluate and connect with your community?” Her second time in Israel, with the Adelante group, was “giving back to my Latino self,” Riquett says.

And while that first trip to Israel “literally changed [her] life,” Riquett had already been thinking about creating spaces for people to get together while leading Hayo Magazine. “When we’d have events, I’d start thinking about the user experience,” she said, “and I got hooked.” One of those events – a curated trip to Mexico for readers of the magazine – inspired her to pull up her roots and settle in somewhere new.

In Vancouver, “I felt stuck,” Riquett said. So, she put the magazine on hiatus and packed her bags, moving to Mexico City in early 2018. Here, she says, she’s found a place to grow. “Mexico City just has this openness to experiment that I haven’t found anywhere else,” she says. “Plus, the cost of living compared to where I was is just so much lower – there’s room to play around.”

In fact, Riquett’s latest venture involves plenty of playing around – with new ideas. Beyond Shabbat dinners, which she hosts every few months, and the occasional formal event, Riquett has also started hosting “Kirtan and Talk” group meditations, using the Kirtan Kriya meditation method followed by a discussion. The Sanskrit chanting sounds used in the meditation, Sa Ta Na Ma, mean “birth, life, death, rebirth.” Riquett explains, “REALITY made me ask the question, ‘How do we rethink our humanity?’ And I think I’m still asking that.”

Recently, that rethinking has been through an eco-friendly lens. For Riquett, that means cutting meat from her diet and pushing for environmental change: Proceeds from the Rosh Hashanah dinner went to two nonprofits, Amazon Watch and Mercy Corps, providing aid to those affected by climate disasters.

“The only way we as humans can keep moving forward is to raise our level of consciousness,” she says. “Sure, it may be really overwhelming to start, but that’s the first step — to acknowledge that these things are happening and build on that. That’s what we can do through Shabbat.”