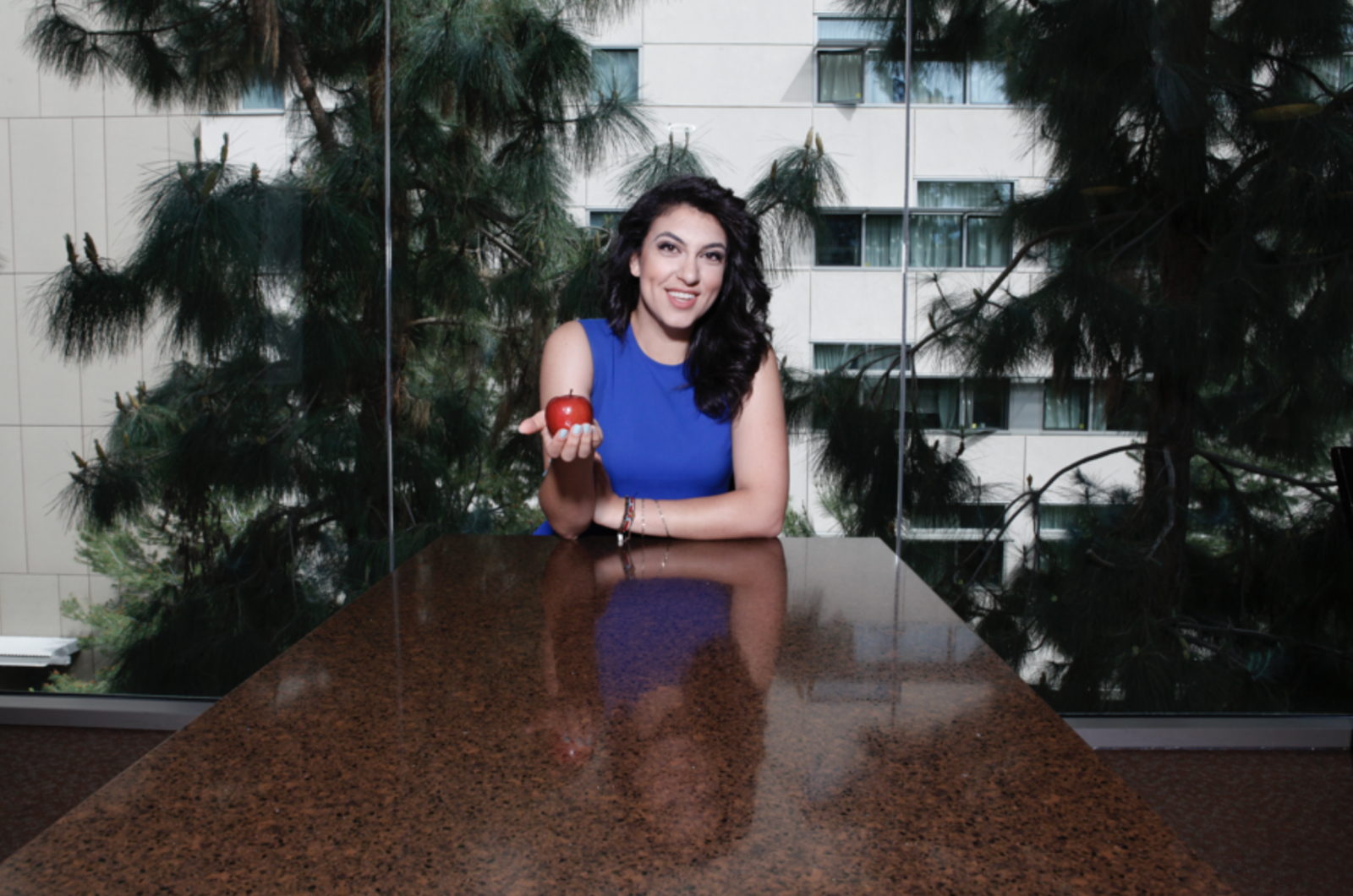 Eradicating food insecurity, one swipe at a time

When Rachel Sumekh responded to her friend’s Facebook post about starting a program to alleviate student hunger, she thought she might create flyers or help with some other activity suited to her self-described “quiet and shy” personality. But then came the day that changed the then-UCLA sophomore’s life: She agreed to assist the friend, Bryan Pezeshki, “with schlepping all this food on a hot June day up a hill across campus to the campus food pantry.”

With the exception of one person who briefly came by, nobody else showed up to help. “I said to Bryan, ‘This is insane, let’s reschedule,’’’ Sumekh recounted to Jewish Insider. “But we wound up moving the food by ourselves and this changed my whole sense of agency. Before then, I was just a nice person going through the motions.”

Sumekh would go on to co-found the organization that would become Swipe Out Hunger and receive a “Champions of Change” award from the Obama White House in 2012. After becoming Swipe Out Hunger’s CEO in 2013, she transformed what had originally been a modest venture spearheaded by Pezeshki and a group of Persian Jews at UCLA, in which students donated unused swipes on their meal cards to other students in need, into a leading nonprofit fighting food insecurity on college campuses across the country.

Sumekh recently sat down for an interview with JI in her office headquarters in downtown Los Angeles, where she works with a staff of five. She said she receives daily reminders of her organization’s relevance from the large homeless population  that live in the neighborhood — there are currently more than 36,000 homeless individuals in the city, with another 30,000 living across Los Angeles County.

Wearing a summery dress and denim jacket, Sumekh came across as friendly, funny and low-key, yet strikingly self-confident, as she talked about what she has accomplished by age 27. While gratified by all the media attention, which has included being featured in The New York Times and Forbes’s 2017 “30 Under 30” list of social entrepreneurs, she has never lost sight of Swipe Out Hunger’s scrappy beginnings.

“When we started this, we were seen as troublemakers and faced resistance on every campus we approached,” she remarked. “But today, every university is saying it has to have an anti-hunger program; it’s become like recycling. That’s because we changed the conversation.”

Under Sumekh’s leadership, the organization performs wide-ranging advocacy, most notably convincing the California legislature to pass a bill in 2017 that has so far poured $20 million into alleviating student hunger. It has also formed strategic partnerships with the multi-million dollar conglomerates that run dining hall services on college campuses and recently signed a partnership agreement with Sodexo, one of the largest food and facilities management companies worldwide.

When she’s in Los Angeles, Sumekh spends much of her days networking, fundraising and sitting in meetings. She also travels frequently for speaking engagements on campuses and higher education conferences, and meetings with corporate partners in between. Her favorite part of the job involves any kind of direct interaction with students. “I can already see how I’m resistant to change but when I spend time with students, they remind me to stay optimistic and idealistic,” she said.

Describing her leadership style as “relationship- rather than ego-driven,” Sumekh largely attributed her success to her passion for an issue “that winds up being an a-ha moment for so many people. Unless you’ve been hungry yourself, you don’t realize how hunger can impact you, how it affects your mood, your energy and your ability to socialize. I don’t see food just as food but as a connection to the world,” she told JI.

Sumekh, an active participant and board member of Ikar, the Los Angeles-based congregation known for its social justice advocacy, strongly believes that hunger should be taken more seriously as a Jewish issue., “People seem to think… that food is a given in the Jewish community but the intersection of Jews and poverty isn’t over,” she said. “So many Jews are struggling and we’re doing a disservice to them by not acknowledging this.”

Though Sumekh cannot recall a time when she went hungry, her Iranian immigrant parents had experienced food insecurity and received food stamps during her early childhood. “My family fortunately overcame hardship but my mom didn’t tell me this until I was an adult because of the shame of it,” she said. “That’s one of the reasons why, when we print flyers about student hunger, we don’t ask, ‘Are you hungry?’ We say things like ‘Two out of every five of your peers visited a food bank last week.’ We’re about normalizing the issue.”

Raised in the San Fernando Valley by a father “who meditated” and a mother “who cared about what I wore to synagogue,” Sumekh credits her parents for teaching her “how to navigate the world with people who are different than me.” She grew up in a traditional Jewish home where she enjoyed Shabbat dinner every Friday night and attended public schools. “I was a nerdy, quiet and socially awkward kid who loved reading books and I think that like a lot of young, Jewish girls, I was raised to be nice and people-pleasing,” she said. “It wasn’t until I got to UCLA that I realized I could be someone else.”

After graduating from UCLA, Sumekh moved to Chicago for a year of service work with Avodah, an organization dedicated to cultivating Jewish social justice leaders. She lived in a house with 16 other people and worked as a case manager for the Inspiration Corporation, which provides services to people facing homelessness. By night, she continued to work on building Swipe Out Hunger and soon understood what “kind of change I wanted to make in the world. I’d talk with my friends who also worked direct service jobs and they loved it. But what I loved was helping a student at a campus start a new Swipe Out Hunger program. I felt I was effecting so much more change in that way.”

Towards the end of her year with Avodah, Sumekh proposed to a fellow Swipe Out Hunger founder that she become the organization’s CEO. She was told she “was too nice” to be a leader. Having already learned never to take no for an answer, Sumekh persisted, eventually landing the job and initially working 80-100 hours a week. Six years later, she has learned both work-life balance and “how to approach things with full confidence.”

“As a young entrepreneur, I would look at the venture capitalist world and there’s all these guys believing they’re going to change the world because of the app they invented to walk people’s dogs and here I was, trying to feed people and afraid to say that I’m going to change the world,” she told JI. “So I decided to be as shameless as all these guys with their apps.”

Sumekh intends to helm Swipe Out Hunger until its programs exist in all fifty states and the ramen noodle diet on college campuses becomes an historical artifact.

“I think this issue of hunger will always be a part of me,” she observed. “But what drives me is how to deliver on those life-changing promises that get made to people. Going to college is one of those promises but so is getting a job and having access to housing. You can take small actions to remove barriers that can significantly impact people’s lives. That’s where my brain goes.”