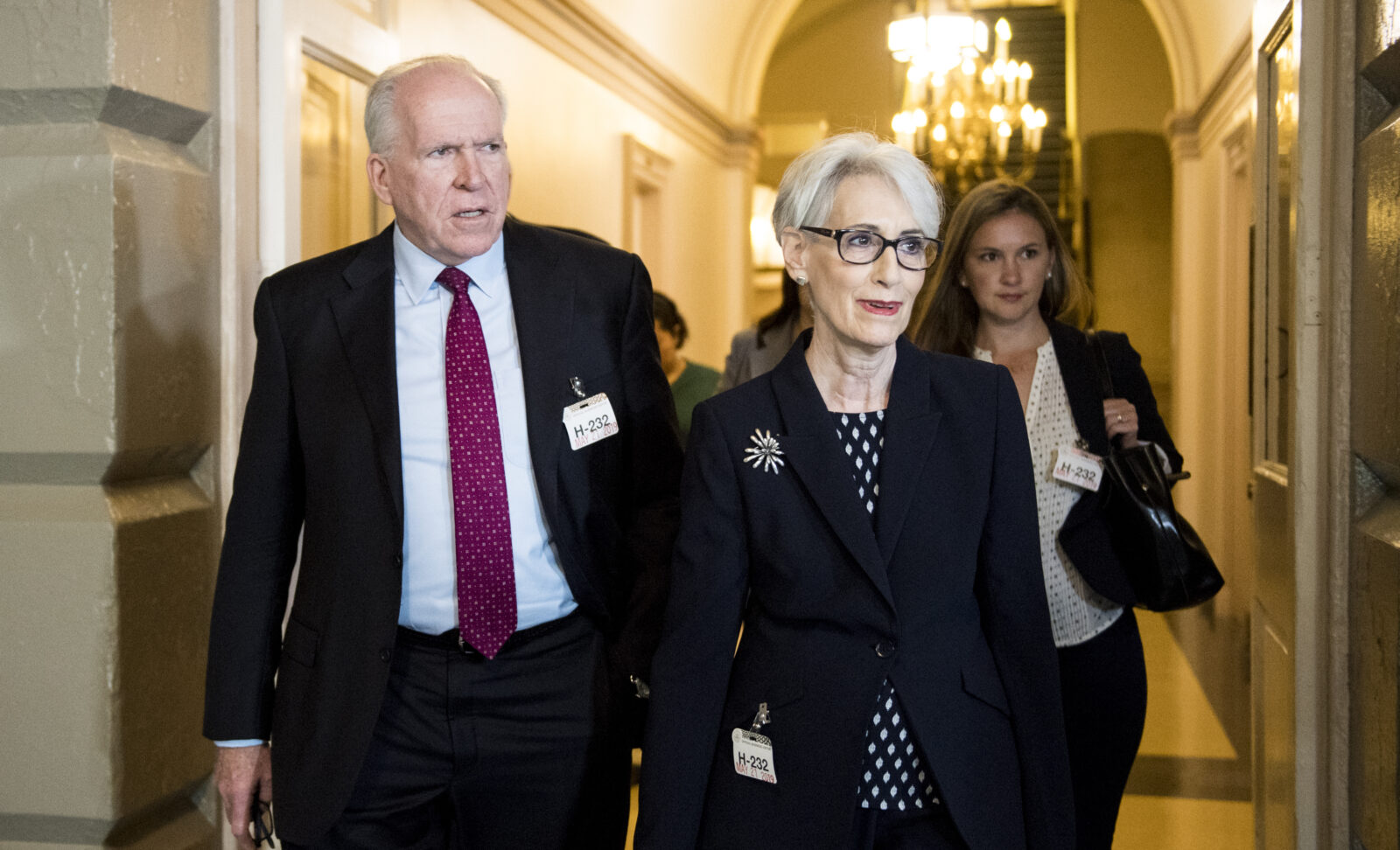 Former diplomat says the U.S. should return to the JCPOA and work to ensure Iran is in compliance

President Donald Trump is reportedly considering easing sanctions on Iran to pave the way for a public meeting with Iranian President Hassan Rouhani in New York at the United Nations General Assembly later this month.

Wendy Sherman, who served as lead negotiator for the Obama administration on the JCPOA, told Jewish Insider on Wednesday that she “would be shocked if Iran agreed to a meeting without some sanctions relief.” According to Sherman, if Trump is serious in offering Tehran some relief, “There are plenty of ways to do this so that everyone’s interests can be met and so that everyone’s face can be saved.”

Bloomberg reported that during an Oval Office meeting on Monday, Treasury Secretary Steve Mnuchin expressed his support for such a move, while then-National Security Advisor John Bolton “forcefully” opposed such a step. On Tuesday, Trump fired Bolton, and Secretary of State Mike Pompeo suggested a meeting with Rouhani is a possibility. The Daily Beast reported on Wednesday that Trump has indicated he is “actively considering” the French plan to grant the Iranian regime a $15 billion credit line if they return to compliance with the 2015 nuclear deal.

Sherman told JI that even if the U.S. relaunches direct negotiations with Iran, it “is a very complicated undertaking. I think what’s most important here is that the president go to a meeting with a strategy; a clear objective and a plan.”

Following that, the former diplomat said, “he will need a team that can follow up, a set of consultations that have happened with our partners and allies, and a really full idea of not only what the first step is, but what the next many steps are. The president, as we know, has gone into some of these meetings thinking that he could simply trust his own instincts and his own impulses and that has never gotten a result good for our national security.”

Sherman claimed that “virtually all” of the 2020 Democratic presidential candidates have said they would return to the 2015 nuclear deal “and I agree with that. Of course, Iran would have to come into full compliance. Likely, we would then, as in all arms control agreements, work for a follow-on agreement.”

Tommy Vietor, Obama’s former National Security Council spokesman, said he believes “Trump should be willing to meet with Rouhani or any other foreign leader. The problem is that Trump is a terrible negotiator. He’s trying to buy a meeting with Rouhani by offering sanctions relief in the hope that it will lead to a negotiation and eventually a deal as strong as the JCPOA. Meanwhile, hard liners in Iran are empowered and our European allies are furious at us for ratcheting up tensions.”

Jason Brodsky, policy director of United Against Nuclear Iran (UANI), told JI that easing sanctions just to meet the Iranian president, “who isn’t its supreme decision-maker, isn’t maximum pressure.” Mark Dubowitz, the CEO of the Foundation for Defense of Democracies, said that Trump appears poised to make “the same mistake President Obama made in 2013 when he relieved the sanctions pressure on Iran to incentivize negotiations that led to the fatally-flawed JCPOA, giving Tehran patient pathways to nuclear weapons. Why President Trump would want to pull an Obama 2.0 is troubling and puzzling.”

Douglas Feith, a former under secretary of Defense for President George W. Bush, said that Trump “deserves credit for the surprising effectiveness of unilateral U.S. sanctions. If Iran wants sanctions relief, it should be willing to alter its behavior substantially. If it does so, some sanctions relief can reasonably be granted.” But, Feith added, “The U.S. should not have to pay Iran anything to come to the table.”