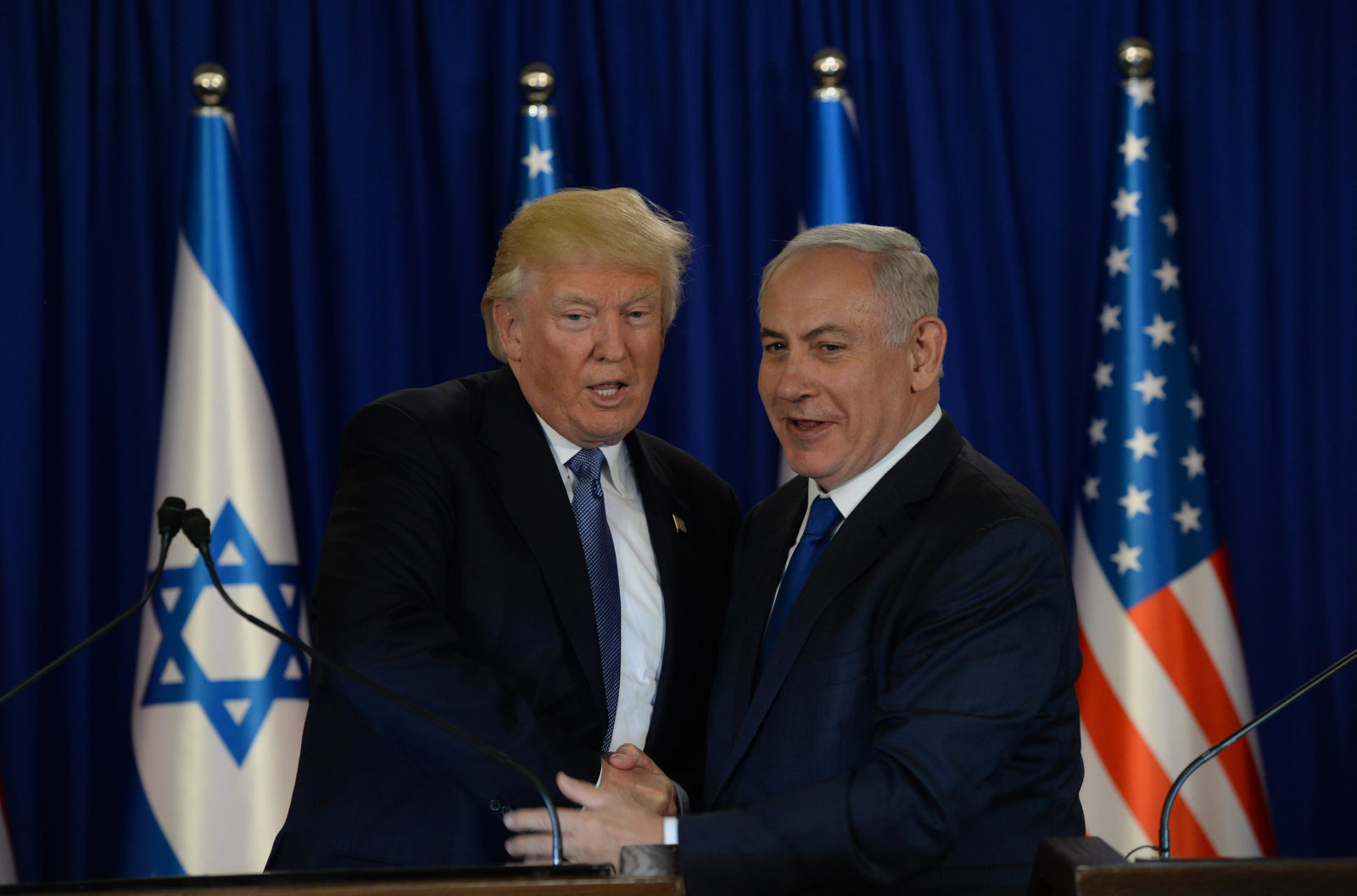 Trump emphasizes: “Our relationship is with Israel”

Speaking to reporters after leaving Los Angeles, the president said that he has yet to speak to Netanyahu since the election. “Look, our relationship is with Israel,” Trump said. “We will see what happens.”

Earlier on Wednesday, Netanyahu cancelled an upcoming trip to New York for the U.N. General Assembly “due to political circumstances.”

Netanyahu announced at a Likud faction meeting the formation of a united bloc of 55 seats — still short of the necessary 61 — that he said will work hand-in-hand to form a new government.

“There is a practical reason for Netanyahu to stay in Israel,” Shimrit Meir, an Israeli analyst and commentator, explained. Aside from keeping “a close eye” on his natural coalition partners from the right, “It is money time in terms of trying to, somehow, make a political miracle and form a coalition,” Meir added.

Calling off a planned meeting with Trump on the sidelines of the U.N. General Assembly also has to do with the “fading” bromance between the two leaders, former U.S. Ambassador to Israel Dan Shapiro opined. “If Netanyahu thought it would help him persuade his own party, other political players and the public that he is indispensable, there is little doubt he would go.”

On Monday, Trump predicted the election’s outcome will “be interesting,” without declaring his support for any of the parties — an about-face from March, when the president, in what many at the time saw as a pre-election “gift” to Netanyahu, announced U.S. recognition of Israeli sovereignty over the  Golan Heights.

In a pre-election interview with Jewish Insider, Dov Zakheim, former undersecretary of defense for President George W. Bush, noted that Trump didn’t seem to have gone out of his way to help Netanyahu in this election because he is “hedging his bets. If Netanyahu wins, then he will support him. If he loses, then Bibi is a loser and Trump will dump him as quickly as he dumps anybody else.”

Now that the Likud leader appears to have failed for the second time in a year to win a majority, former U.S. Ambassador to Israel Daniel Kurtzer predicted that “Trump will dump Netanyahu in the blink of an eye if Netanyahu does go down.” But, he added, “not quite yet.”

Netanyahu turned his warm relationship with Trump into a centerpiece of his re-election bid. The expected Middle East peace plan and Netanyahu’s vow to annex West Bank settlements were also used as last-minute pitches to voters on the right.

Trump’s reaction to the election “should have been a blinking yellow light to Bibi,” Aaron David Miller, a senior fellow at the Carnegie Endowment for International Peace, explained. Netanyahu, the former Mideast negotiator stated, “banked heavily on his relationship with the president. And yet now in the hour of his greatest need, Trump seems unable or unwilling to help him.”

Professor Eugene Kontorovich told JI, “The chatter about Trump turning on Bibi is mostly wish projection by the chattering classes. The U.S. interest in brokering peace is entirely independent of any particular government.”

On Tuesday night, outgoing White House Mideast peace envoy Jason Greenblatt said that the administration will make a decision on when to release its peace plan once the official election results are in.

The question remains whether the administration will push to release the plan or once again delay its presentation due to Netanyahu’s sensitive political situation.

White House deputy press secretary Hogan Gidley told reporters on Wednesday that the plan “will be released when the timing is right.”

Meir suggested that “the peace plan might come in handy as a tool to unite both parties.”

However, according to Shapiro, “there is no logic to presenting a U.S. peace plan during such a fraught Israeli government-formation period.” Netanyahu, the former ambassador explained, cannot respond positively on anything that would require Israeli concessions or else he would lose his support from Yamina, led by Ayelet Shaked. At the same time, “Gantz and Lieberman have no incentive to allow such a plan to rescue Netanyahu,” Shapiro said. “If the plan is favorable to Israel, Gantz will argue that he can get the same terms from Trump later, and that he might seek different ones.”

Susie Gelman, chair of the Israel Policy Forum, told JI that one “can assume [the peace plan] won’t see the light of day at least until after the next government is formed, and that could take some time.”

Nonetheless, she cautioned that Israeli annexation plans remain on the table. While annexing the Jordan Valley — which Netanyahu promised to do on the first day of the next government — seems highly unlikely, “annexation is still a priority for the Israeli far right and for many in the Likud, with or without Bibi as prime minister. If the Trump peace plan incorporates sovereignty over settlements, annexation will remain a clear and present danger,” Gelman explained.