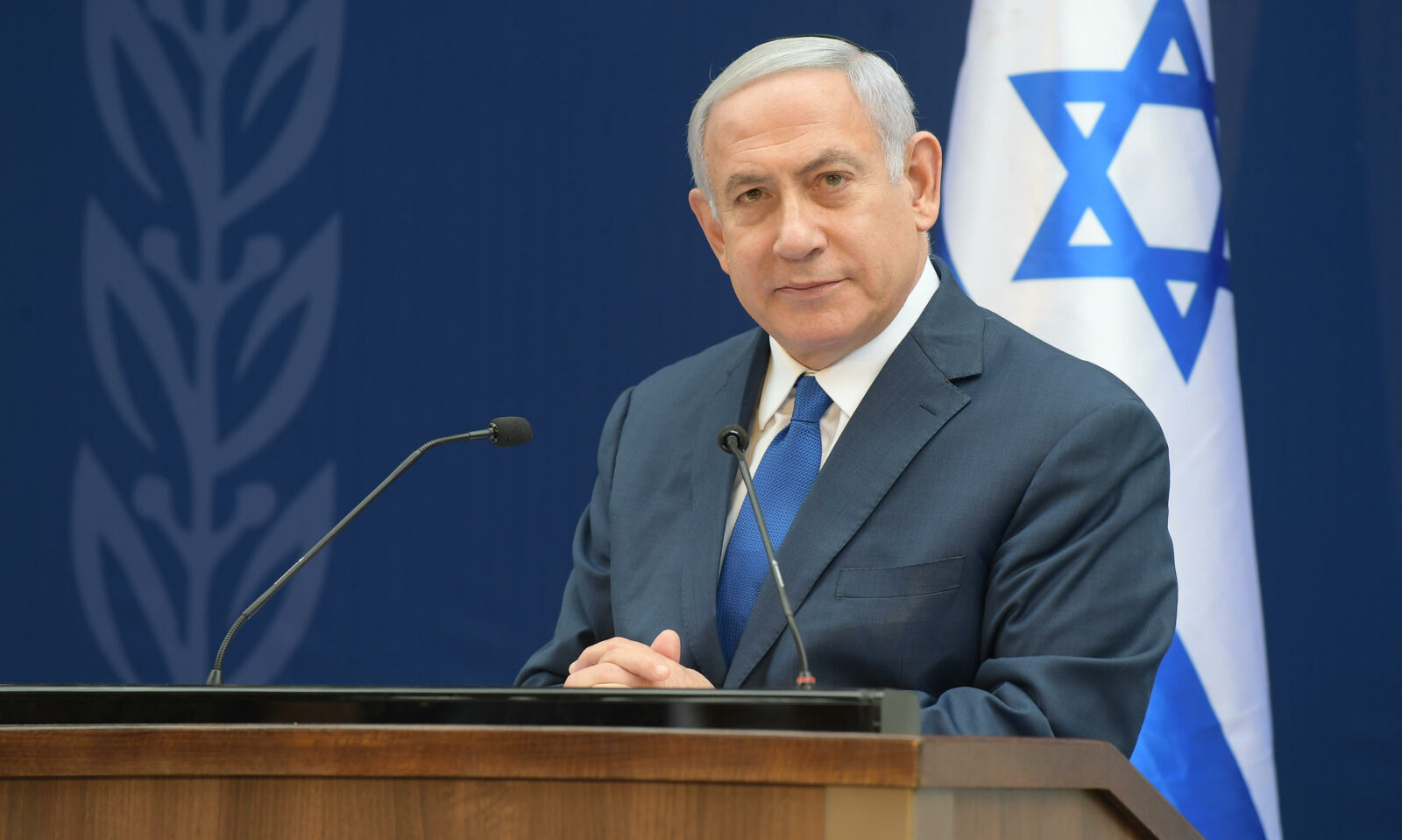 Does Bibi want a third election?

President Reuven Rivlin granted Prime Minister Benjamin Netanyahu a mandate to form the next government on Wednesday evening, despite his unlikely chances. Netanyahu, accepting the mandate, was not optimistic, saying “my inability to form a government is slightly less than that of [Benny] Gantz.”

Jason Pearlman, a one-time media advisor to Rivlin, explained that since Netanyahu got one more recommendation than Gantz — 55 to 54 — “it would be logical for him to take [the] first bite of the cheese.” Noga Tarnopolsky, a Jerusalem-based reporter for the Los Angeles Times, said it appeared Rivlin “lost patience with two stalemated leaders, who made no progress over the past 48 hours” to reach a unity deal.

In his remarks at the president’s residence Wednesday night, Rivlin said he proposed that while one leader serves as prime minister, his coalition partner would serve as vice prime minister and automatically become acting-prime minister if the premier would have to temporarily leave his post. Netanyahu nodded his head in agreement, indicating that he was in favor. Haaretz reported on Wednesday that Gantz rejected the offer.

The Likud leader, meanwhile, knows his chances of forming a government are slim, and made another appeal for unity. “Neither of us can form a government other than with each other,” he said. We must “achieve national reconciliation.”

Netanyahu has been granted 28 days by Rivlin to attempt to form a coalition. In April, Netanyahu asked for and was granted an extension, but this time around he may throw up his hands long before the four weeks are up.

“The Likud is openly contemplating the option of Bibi returning the mandate to the president as early as next week,” said Tal Shalev, the chief political correspondent for Walla! News. This, she said, could be a move “to speed things up towards an allegedly inevitable outcome of a third election.”

Having the spotlight on him for four weeks is a chance for Netanyahu to “frame the public narrative” that he is a legitimate candidate for prime minister if there is a unity government, the Washington Institute’s David Makovsky explained in an interview with JI. This is certainly “a victory for Netanyahu.” Makovsky added: “Being the person with the mandate in your hands for four weeks is an eternity in Israeli politics.”

But, according to Mark Mellman, president of the Democratic Majority for Israel, this should not actually be seen as a boost for Netanyahu. Mellman, who served as pollster for Blue and White in the April 9 election, predicted to JI that “Netanyahu is unlikely to succeed” to form a coalition “and he’ll therefore be a two-time loser, further eroding his reputation with the voters and more important with his own party.”

Is a third election just a matter of time?

Tarnopolsky told JI that the prospect of yet another vote now “looks considerably more likely than it has at any other point.” She said she sees “no visible path to a Netanyahu coalition. A major betrayal would have to occur for any of the opposition parties to join him.”

Shalev opined that Netanyahu is backed into a corner on many fronts, especially considering his pending pre-indictment hearing next week.

“It’s going to be very difficult for [Netanyahu] to convince any of the other partners to join him, so if he sees he’s blocked by everyone he will probably take that path and try to speed things up towards elections,” Shalev told JI. “Supposedly, Bibi always gets what he wants, but he is at his weakest point ever.”

Shalom Lipner, a 26-year veteran of the prime minister’s office, opined that Netanyahu “left the impression of being focused mainly on the proverbial blame game.” Lipner maintained that the Likud leader “set the stage for an eventual impasse in the process being pinned on an intransigent Gantz — and for that narrative to feature prominently” in the wake of a third ballot.

And the public will punish the one who will be seen as responsible for dragging Israel through another election cycle, added Makovsky.

In an email to JI, Mellman maintained that either the Likud will get rid of Netanyahu after failing for the second time to form a government or that Netanyahu will pay a heavy price at the ballot box “for triggering the unthinkable third election.”