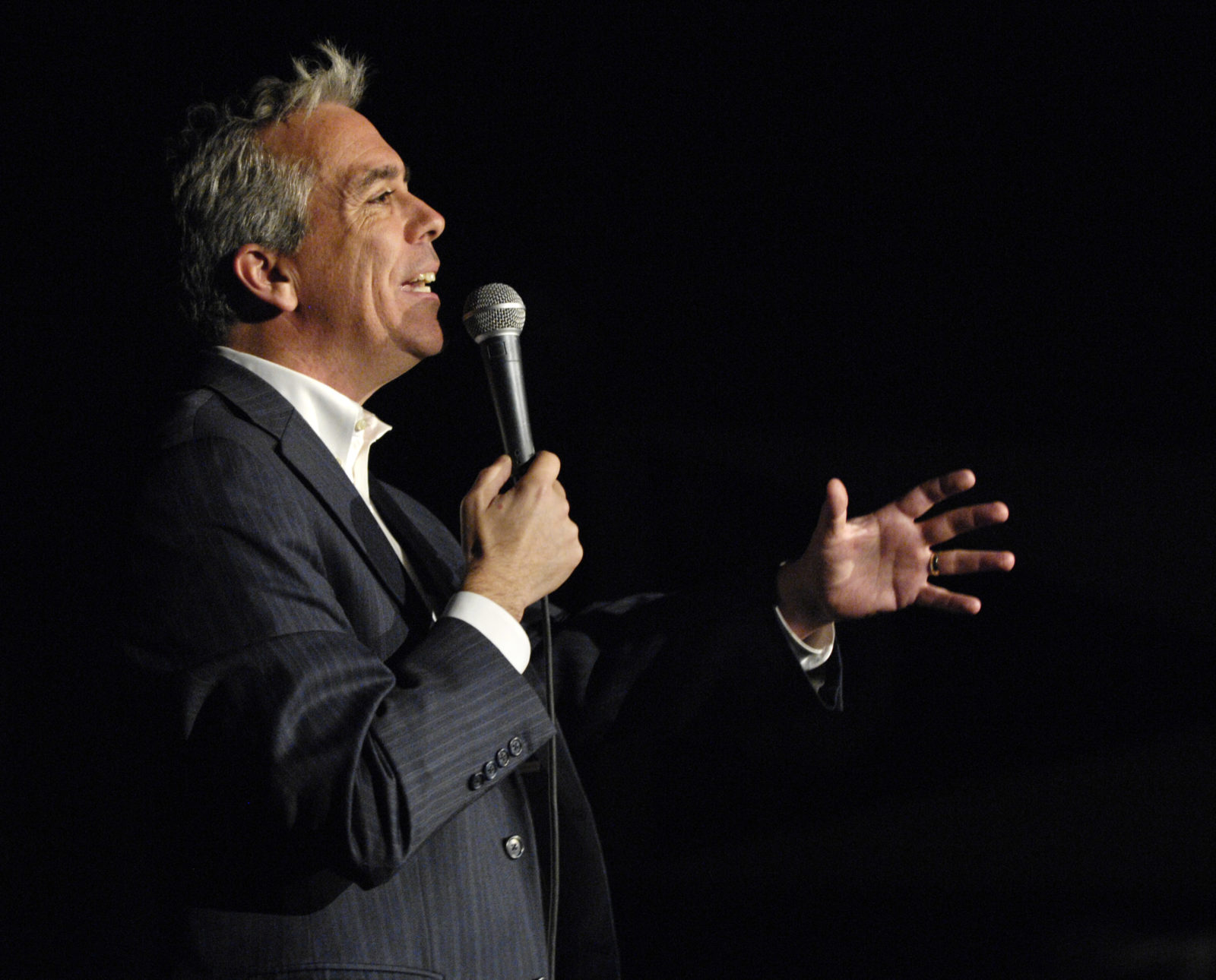 GOP presidential candidate Joe Walsh: I will ‘call Trump out every day’

Joe Walsh wants to turn the Republican presidential primary into “a referendum on Trump the man.”

The one-term former Illinois congressman spoke with Jewish Insider on Tuesday about his seemingly quixotic quest to run for the Republican presidential nomination.

Walsh, who declared his candidacy earlier this week, is the second significant primary challenger to Trump, joining former Massachusetts Governor Bill Weld, who announced his campaign in April.

The Illinois conservative has long been prone to “Trumpian” rhetoric, both on his radio talk show and his Twitter account. As a result of Walsh’s comments — which have included repeatedly calling former President Barack Obama a Muslim — he has spent much of the first several days of his campaign apologizing for past statements. In a Monday interview on MSNBC, Walsh said, “I wouldn’t call myself a racist, but… I’ve said racist things on Twitter. There’s no doubt about it. And an apology is not enough.”

Walsh, who became a radio talk show host months after his single term on Capitol Hill ended in 2013, said he wouldn’t run “if I just had a problem with a policy or two of this president.” Rather, he thinks, the incumbent is “completely unfit to be president.”

He doesn’t believe, however, that the administration is devoid of accomplishments. Walsh praised Trump’s judicial picks as well as “some good deregulation” and “pro-Israel stuff [like] moving the embassy to Jerusalem” as well as “his firm stance against Iran.”

But the radio show host balanced this against other concerns about Trump’s policies. “[Trump] doesn’t give a damn about the debt,” said the Republican hopeful, who also condemned the incumbent for “screwing things up at the border and not building a foot of a new wall.”

Speaking to JI, Walsh indicated he has shifted to a more moderate approach on the issue of climate change. Although he had been skeptical in the past, calling climate change “the media’s religion” in a 2017 tweet, the presidential hopeful said Tuesday: “It’s an issue that the Republican Party needs to more actively embrace, be open to and have dialogue on.”

The former congressman believes that if Republican voters are presented with a conservative alternative where “you don’t get all the bull****, all the drama and all the insulting tweets,” they will eventually opt for him. His strategy is simply to “call Trump out everyday” and hope that eventually Republican voters will see how — under Trump — the economy slows and “he tweets us into a recession.”

Walsh expressed disappointment with Republican leaders who have not stepped up to challenge the president. “I like me,” Walsh said, but he acknowledged that there are “bigger, better [potential] candidates out there.” He mourned the Republican governors he knew who “have just determined that they will keep their mouths shut and then the Republican Party will go back to normal” after Trump leaves office.

Walsh will be campaigning in Iowa and New Hampshire in the coming weeks. A graduate of the University of Iowa, Walsh first attended Grinnell College, the elite liberal arts college located in the Hawkeye State.

Although the former congressman acknowledged that he won’t have the funding Trump does, he’s “optimistic about financial resources,” both in terms of what his campaign can raise and what outside groups can do on his behalf. “There is quiet support out there, people seem to be more willing to contribute financially than be public.”

In the meantime, Walsh will launch a campaign podcast and be “on TV as much as possible” to promote his bid for the White House. “My hope is that everybody will see my mug.”