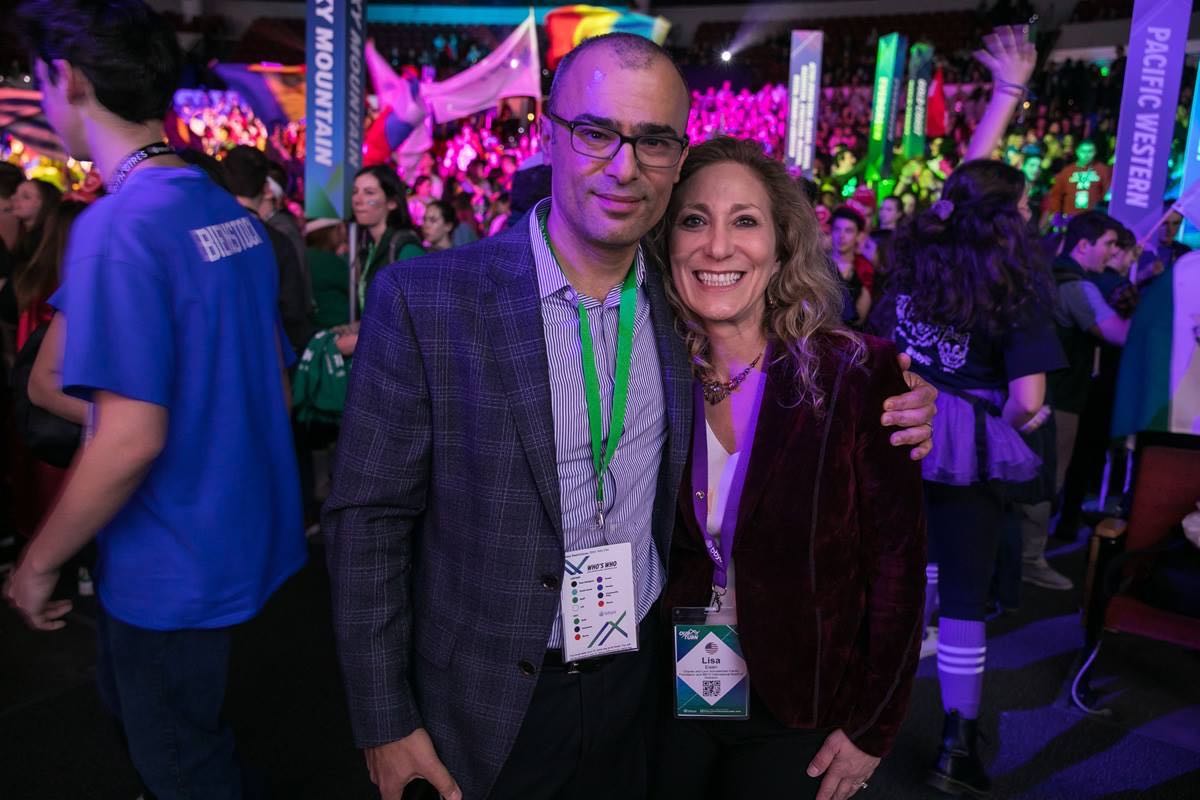 Dispatch from Denver: What it takes to produce ‘SXSW for Jewish teens’

BBYO put on its International Convention (IC) in Denver, Colorado and drew 3,000 Jewish teenagers from over 40 countries, representing a total of 713 communities throughout the world.

Pulling off a five-day gathering in a sprawling convention center with hundreds of speakers at plenary and breakout sessions is no easy feat. Self-styled after the annual South by Southwest (SXSW) festival in Austin, Texas, which convenes around 400,000 guests each March, BBYO put on its International Convention (IC) in Denver, Colorado this past weekend and drew 3,000 Jewish teenagers from over 40 countries, representing a total of 713 communities throughout the world.

But organizing a conference for a demographic that already has access to unlimited content at their fingertips, and with ever shorter attention spans? BBYO’s CEO Matthew Grossman knows the challenge of catering to today’s teens well and argues the impact of reaching the next generation of Jews and bringing them into the community is great.

“We’re competing for the most programmed audience in the world,” Grossman tells Jewish Insider over coffee in a hotel lobby beside Denver’s convention center. “To get these kids to commit five days to be doing something Jewish, we’ve got to be able to offer them something that’s better than they can get anywhere else in their teen lives. We’re modeling this after a South by Southwest kind of experience.”

South by Southwest does not come cheap — and neither does BBYO’s IC. Although U.S. teens are expected to pay about a thousand dollars to attend, many come on a scholarship and the event could not be produced without the generosity of Jewish donors and foundations. “We’re trying to put together an experience that they would otherwise not be able to attend because they’re not eligible to attend or their parents wouldn’t let them attend. That’s why you pay money for the great speakers and why we put up first rate musical acts that we know will draw them.” “We put a huge diverse program together that will appeal to the interests of the widest swath of teens we could possibly appeal to,” Grossman explains. “We also want to be the best first big Jewish experience they have because, in a way, this redefines what they think about the Jewish brand and the Jewish community. If we can reassociate it as something that they can’t get anywhere else and that lifts them up as young adults, they’re going to pursue it throughout their lives.”

Grossman makes particular note of the 16 different Shabbat services led by teens that BBYO offered on Friday night of the gathering, ranging from Orthodox and Conservative services to ‘Color Me Shabbat!’ and a “Shabbat at summer camp” experience. Finding the right mix of Jewish and secular programming is not the only balancing act BBYO faces at its International Convention. According to Grossman, there are over 100 teens on the BBYO planning committee deciding which issues should be given prominence at IC.

This year’s gathering coincided with the one year anniversary of the school shooting in Parkland, Florida, and just a few months after the Pittsburgh Synagogue massacre. The teens appeared particularly motivated to address the topics of gun violence and school safety. Activists against gun violence Cameron Kasky, a co-founder of March For Our Lives, and Fred Guttenberg, whose daughter Jaime was killed during the Marjory Stoneman Douglas High School shooting, were invited to give keynote addresses. Congresswoman Debbie Wasserman Schultz followed Guttenberg’s speech on Saturday evening and noted to applause how she’s proud of her ‘F’ rating from the National Rifle Association (NRA).

While Israeli flags were visible on t-shirts and throughout the convention hall, mentions of U.S. support for Israel found more modest applause than other political issues. This didn’t stop Israel-related organizations — including AIPAC, J Street, and StandWithUs — from pitching attendees as they roamed the halls. Grossman sees BBYO’s goal as helping teens establish an emotional connection with the Jewish state, more so than a political one. To this end, the group hosts annual teen trips to Israel; this past year BBYO took 674 high-schoolers to the Holy Land. “When you’re talking about a teenager who’s not yet on campus, getting that emotional connection to Israelis is so important.” This year’s gathering also featured 45 Israelis who, during the opening ceremony, were given a standing ovation as their national anthem, Hatikva, was played.

So why should Jewish donors join Chicago industrialist Ted Perlman, who pledged $25 million to BBYO last week, in supporting the organization? “BBYO is perfectly positioned to offer a new connection to Judaism following the post-bar/bat mitzvah drop off period,” Grossman answers. “It’s the first time for the teen (independent of their parents) to embrace what it means to be part of the Jewish community.”

While the costs and resources required for these experiences may be high, Grossman notes, “we don’t need to build buildings, we don’t have a lot of overhead.” Grossman says BBYO is ready to scale and can exist almost anywhere thanks to its volunteers. Next year’s IC is scheduled to take place in Dallas, bringing the group that much closer to its Austin role model.