House members urged the State Department to boost its funding request for Amb. Deborah Lipstadt’s office to $2 million for 2024 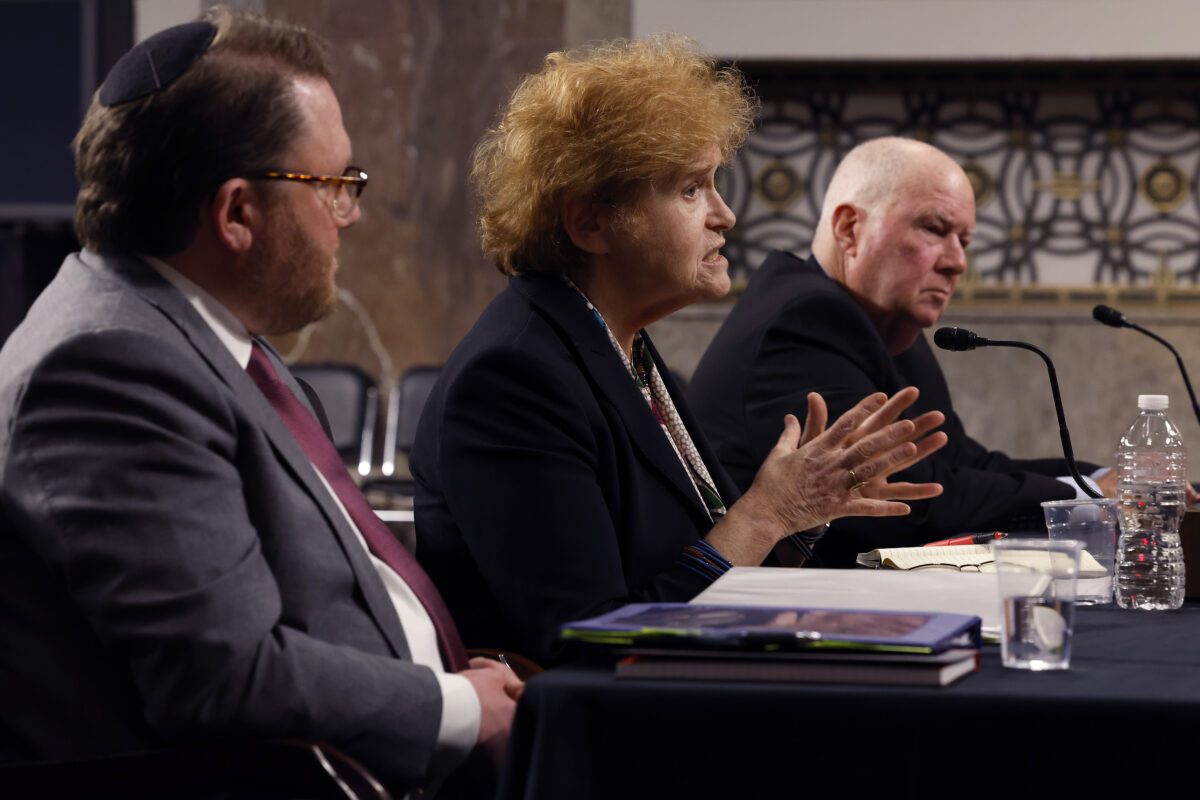 Deputy Special Envoy to Combat and Monitor Antisemitism Aaron Keyak, Special Envoy to Monitor and Combat Antisemitism Deborah Lipstadt and Rabbi Andrew Baker, personal representative of the OSCE Chairman-in-Office on Combating Anti-Semitism and director of international Jewish affairs at AJC, testify about the recent rise in antisemitism and its threat to democracy before the U.S. Helsinki Commission on December 13, 2022, in Washington, D.C.

A bipartisan group of House members will urge the administration to request a significant funding increase in its 2024 budget proposal for the Office of the Special Envoy to Monitor and Combat Antisemitism,

In a letter obtained by Jewish Insider, the group urges Secretary of State Tony Blinken to request $2 million for the office in 2024, up from $1.5 million in 2023, an increase of 33%. The 2023 funding level itself represented a 50% increase from the year prior.

The letter cites data from the Anti-Defamation League, American Jewish Committee and United Nations Special Rapporteur on Freedom of Religion or Belief, highlighting trends of rising antisemitism around the globe. It also notes a range of projects in which the current special envoy, Amb. Deborah Lipstadt, has been involved, including working with officials from the Abraham Accords nations and other states in the region.

The letter suggests that a $2 million funding request would “build upon” Congress’ “progress” in its 2023 funding bill and “make clear to the world the United States’ steadfast commitment to combating this hate and will help the Special Envoy continue to address the alarming rise in antisemitism while advancing partnerships and opportunities to engage with like-minded international partners.”

The request comes just a week after House Speaker Kevin McCarthy (R-CA) promised House conservatives that he would seek significant cutbacks in federal spending, with the aim of rolling back to fiscal year 2022 spending levels.