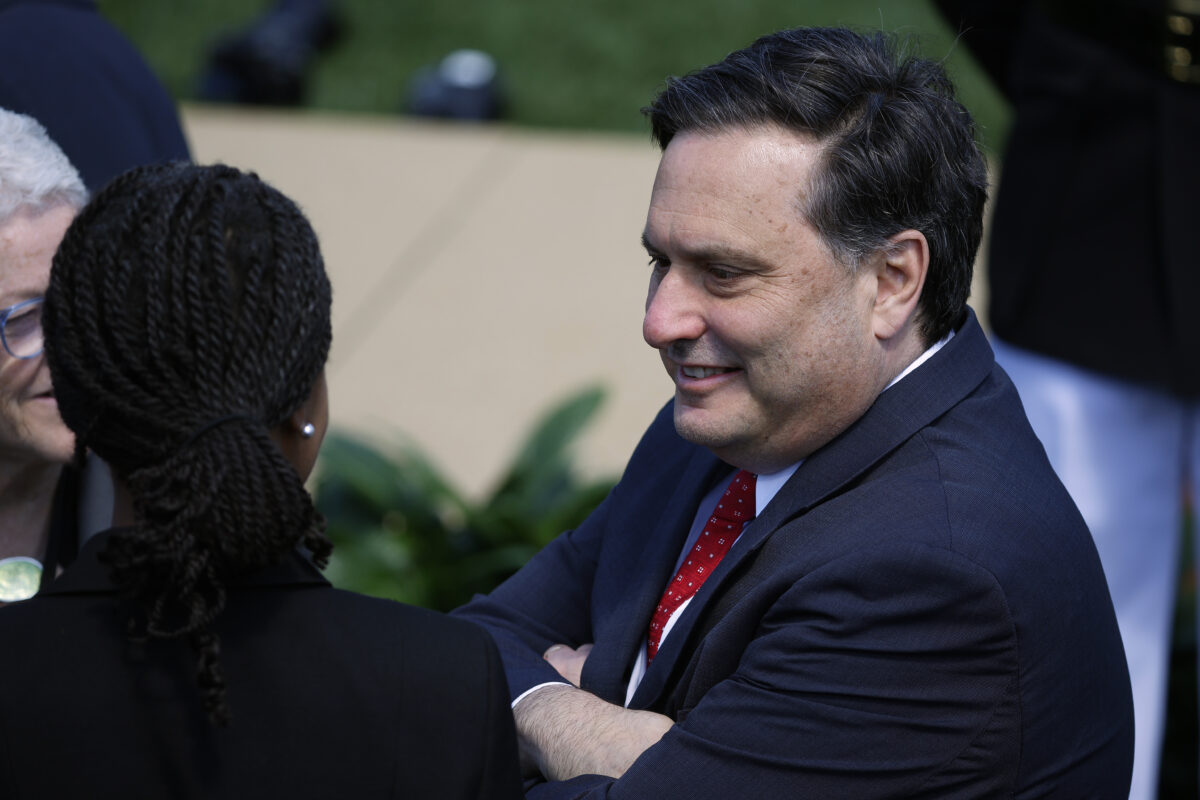 White House Chief of Staff Ron Klain joins other guests for a celebrations of Judge Ketanji Brown Jackson's confirmation to the Supreme Court on the South Lawn of the White House on April 08, 2022, in Washington, D.C.

In 2014, former President George W. Bush stepped up to the lectern in the Detroit Marriott Renaissance Center — the same place his wife, former First Lady Laura Bush, stood two years earlier — and in front of a sold-out crowd, began to speak.

This was not a campaign event for the former president, but rather the annual dinner of Michigan’s prominent Jewish day school, Yeshiva Beth Yehudah, for which Bush was giving the keynote address.

The dinner, which is not an inherently political event, is annually attended by over 2,000 guests and consistently attracts high-profile government officials. In 2020 alone, despite being virtual due to the pandemic, viewers heard from then-President Donald Trump, Democratic presidential nominee Joe Biden (who gave the keynote in 2011 when he was vice president) and United Arab Emirates Ambassador to the U. S. Yousef Al Otaiba — then-Israeli Prime Minister Benjamin Netanyahu, who is now opposition leader and hoping to return to power after Tuesday’s Israeli election, was slated to attend, but bowed out at the last minute “due to unforeseen and unfortunate circumstances.”

“I’ve been going [to the dinner] for over 22 years,” Sen. Debbie Stabenow (D-MI) told Jewish Insider during a phone interview on Thursday. “As well as having a chance to visit the schools, and so on, and I really feel what they’re doing is special. I mean, the values that are being taught, the support for the young people, the encouragement for them, I mean, they really are our next generation of leaders.”

This year’s guest speaker on Oct. 30 is White House Chief of Staff Ron Klain. Klain, who is Jewish, has worked with or under Biden on-and-off for the past four decades — including as chief counsel of the Senate Judiciary Committee from 1989-1992 during Biden’s time as committee chair, and as chief of staff, from 2009-2011,  when Biden was vice president.

Notable past event speakers include First Lady Jill Biden in 2021, former Ambassador to the U.N. Nikki Haley in 2019, former British Prime Minister Tony Blair in 2018, Sen. Cory Booker (D-NJ) in 2017, and former Secretary of State Colin Powell in 2016, among many others, each of whom praised Beth Yehudah’s mission and spoke of their support for the Jewish people.

The bipartisan nature of the roster of speakers helps make the dinner a unique event.

“[YBY Board President] Gary Torgow and all the leaders of the yeshiva really are focused on bringing people together,” Stabenow said. “This is not a partisan event — we have Republicans at the highest levels, Democrats at the highest levels. They make a point of inviting both Democratic and Republican leaders to speak, and they’re very committed to finding common ground based on values and our shared humanity.”

Tevi Troy, who served in the George W. Bush administration and was a White House Jewish liaison, said that the reason for the event’s popularity in Washington is twofold.

“So first of all, it’s in Michigan, which is a key swing state, so both sides of the aisle are interested in winning over the Jews of Michigan, and Michigan in general,” Troy told JI. “Second of all, it’s not a controversial organization, so you’re not saddled with let’s say, Israel policy when you do this event. It’s about unity, so it’s kind of a friendly organization in that sense and a safe space in that way. It also has a long history — it’s been around since 1914 — and the fact of the previous big-name guests helps them get good guests in the future.”

“It’s also important to recognize that it’s kind of sui generis, that all these things together are nothing that you could plan. You can’t plan having a dinner since 1914 and you can’t plan having had these guests previously, so it’s not like you can replicate the experience if you want to start a new dinner that gets equally high-level guests,” he added.

Another reason for the dinner’s attraction? “They have a phenomenal boys choir, and it’s always the highlight of the evening,” Stabenow said.