At a New Jersey event, the Senate Foreign Relations Committee chairman stressed the need for sanctions and military deterrence 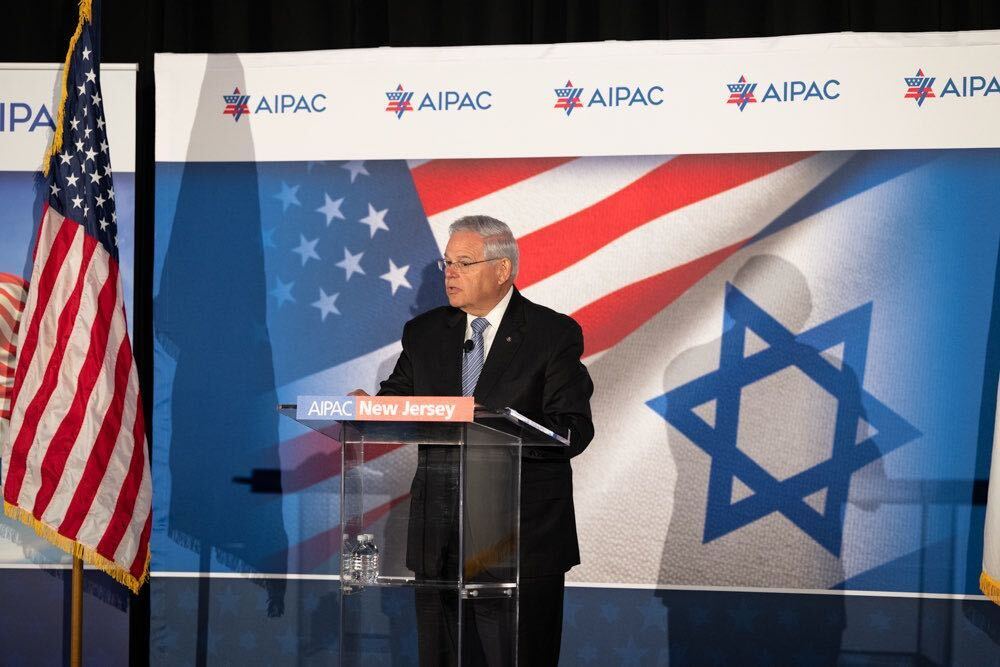 Senate Foreign Relations Committee Chairman Bob Menendez (D-NJ) stressed at a dinner on Tuesday evening the need for a new Iran strategy and an end to negotiations with Iran in Vienna. “It is time to tell the Europeans, who[m] we have shown good faith with, that we were willing to enter into what was hopefully a stronger and longer deal, that the Iranians are not there,” the senator said in front of 150 attendees at the AIPAC New Jersey Spring Leadership Dinner.

The remarks come on the heels of reports that Iran has enriched sufficient amounts of uranium to develop a nuclear weapon and echoed Menendez’s previous remarks about the talks, including during a Senate Foreign Relations Committee hearing last week featuring testimony from U.S. Special Envoy for Iran Rob Malley.

Decrying the Biden administration’s diplomatic efforts to return to the 2015 Joint Comprehensive Plan of Action (JCPOA), the 2015 nuclear deal from which the United States withdrew in 2018, Menendez twice stated, “hope is not a national security strategy.”

“We need a plan moving forward,” implored Menendez. The senator revealed he requested another classified briefing on the administration’s plans, and promised “in the absence of hearing a plan in a classified setting, then I intend to create… legislation that will ultimately dictate what a plan should be.”

Menendez called on President Joe Biden to “snap back sanctions and/or participate in multilateral efforts to sanction Iran.” He further urged the White House to “take on” Chinese purchases of Iranian oil, numbering 650,000 barrels daily, a sum worth millions of dollars.

Menendez also endorsed military deterrence as an important strategy. “The United States has to demonstrate that we have the will as well as the military capabilities… to defend our people and our interests,” he said.

An attendee told JI that Menendez’s remarks were well-received by the audience, which included Rep. Tom Malinowski (D-NJ), as well as other local officials and AIPAC supporters. Tom Kean Jr., who is running in the Republican primary for Malinowski’s seat, attended the event as a guest, and did not speak.

Defending his approach, Menendez cited former CENTCOM Commander Frank McKenzie’s comments that Iran has reached “overmatch,” a state in which it would be impossible for the U.S. and its allies to intercept all the missiles Iran could conceivably launch. He also pointed to the country’s stockpile of enriched uranium and its unlawful detention of American and European citizens on false charges.

“The Iran of May 2022 is a much more dangerous threat, and is a far less interested party in negotiating than the Iran of 2015,” he explained.

Menendez also criticized the Trump administration’s decision to abandon the original deal, which he said was conducted “without a plan, without a strategy, without allies,” and ultimately led to Iran’s current position on the brink of nuclear breakout.

Menendez worried any brokered deal would be flimsier than the original deal.

“A deal under which Iran has far less than a six-month breakout time, with sanctions relief in return that will unlock millions of dollars and no sunset extensions, is definitely not longer and stronger,” he said. “It is shorter and weaker.”

Referencing January remarks from Secretary of State Tony Blinken, in which Blinken said it would be “impossible” to rejoin the JCPOA unless a deal was reached in several weeks, Menendez argued that diplomacy is no longer the correct option.

Menendez touted his voting record, including support for foreign aid to Israel, and promised to oppose conditioning aid to Israel in the future. He praised the U.S.-Israel relationship, which he said enjoys “overwhelming bipartisan support,” condemned recent terror attacks in Israel, and raised concerns about rising antisemitism.