'We see a lot of enthusiasm on the part of the government of Israel to resume this assistance,’ the USAID administrator said 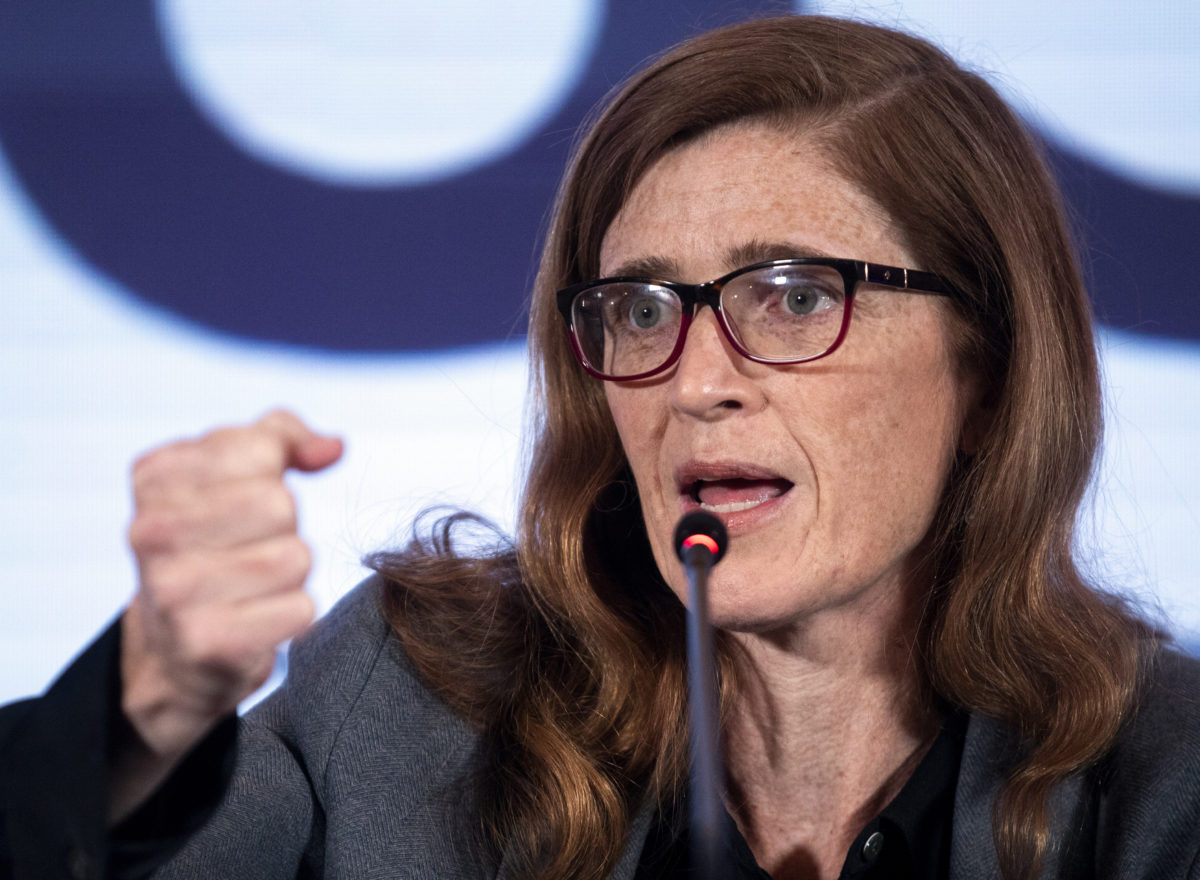 U.S. Agency for International Development Administrator Samantha Power said on Tuesday that the U.S. has seen “a lot of enthusiasm” from Israel about the Biden administration’s decision last year to reinstate aid to the Palestinians, which was cut completely in 2018 by the Trump administration.

“We see a lot of enthusiasm on the part of the government of Israel to resume this assistance out of concern about the destabilizing effects of cutting off assistance, just the fundamental recognition that economic stability plays a critical role,” Power told the House Foreign Relations Committee during a budget hearing.

Power also said that addressing antisemitic and anti-Israel material in U.N.-funded educational materials distributed to Palestinians is “is at the top of the list to raise with any Palestinian officials that we encounter,” the former U.N. ambassador said. The educational materials, funded through the U.N. Agency for Relief and Works for Palestinian Refugees in the Near East, fall under the State Department’s jurisdiction, she noted, rather than USAID’s.

Power expressed “great confidence” that the administration is adhering to the Taylor Force Act, which bars any U.S. aid to the Palestinian Authority as long as it continues payments to the families of terrorists who attack Israelis, emphasizing that there are a range of oversight measures in place and that the U.S. maintains close communication with Israel on the issue.

Power also noted that the U.S.’s own efforts to promote independent media and civil society in the Palestinian territories were put on hold when the Trump administration cut all aid in 2018.

The USAID director said the Middle East Partnership for Peace program is now “up and running” and should be announcing new grants in the coming months. Its advisory board held its first meeting in April and is actively soliciting further grantees, and is working on better publicizing their availability, she added.

Power is “hopeful that we’ll really be able to scale some of what we’re doing so far” once there is greater familiarity with the MEPPA program and the projects it is funding, she said. Some of the recipients of MEPPA grants have remained anonymous.

Deputy USAID Administrator Isobel Coleman recently traveled to the region in part to promote the program and the agency is working with Israeli officials to figure out “how do we really maximize the pool of community members on both sides of the line that would wish to be a part of this,” Power added.