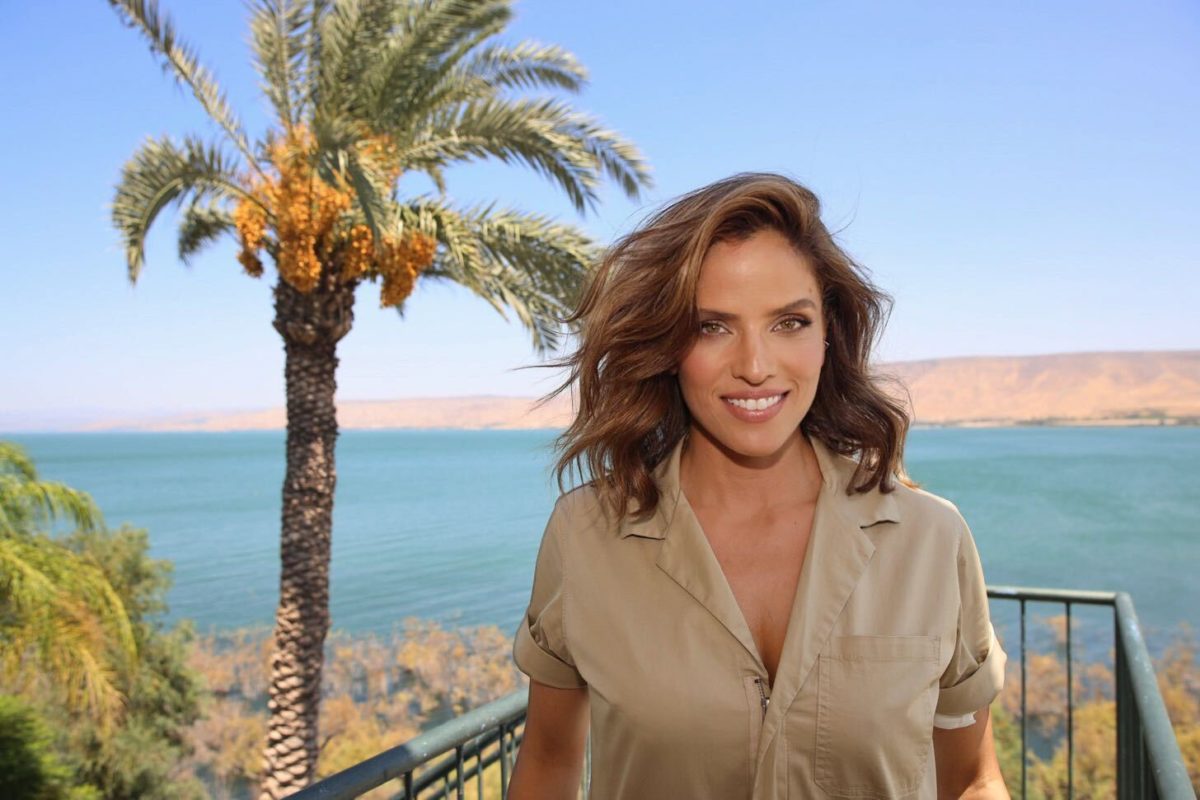 As Israel’s first special envoy for combating antisemitism and delegitimization, Israeli actress and author Noa Tishby knows she has her work cut out for her. Antisemitic attacks – both online and in-person – are on the rise, and Israel is the rare country whose right to exist is regularly challenged, Tishby told Jewish Insider this week in an exclusive interview, her first since being appointed.

“I know we have a lot of work to do,” said Tishby, who over the past decade has become an icon in the world of Jewish advocacy and whose 2021 book, Israel: A Simple Guide to the Most Misunderstood Country on Earth, received broad praise. “No one individual will ever eliminate antisemitism — this is a fight that must be done collectively by Jews and non-Jews alike, and I will work tirelessly to help lead that effort.”

In her new role, Tishby, 44, who splits her time between Los Angeles and Israel, plans to use her celebrity status and her large social media presence, as well as her unique voice on the subject, to take on the fight and, she said, work to serve as a bridge between the country of her birth and her new home.

“I like to say that I am 100% Israeli and 100% American, and I believe I can be a bridge between the sides,” said the actress, recognizing that just as Israel struggles to explain itself and its actions, Americans often view the Jewish state, and its conflict with the Palestinians, through an incorrect and narrow paradigm.

“Framing this situation as a pro-[Palestinian] or pro-Israel issue is problematic at the core,” said Tishby. “This is a very American framing, which I see a lot on college campuses in the United States, but in Israel, there are Arab judges in the Supreme Court and Arab doctors and nurses working in the hospitals.”

“In Israel, there is coexistence, and we are all in favor of Palestinians having rights and having a great life,” she continued. “We look forward to seeing a responsible Palestinian leadership that will negotiate peace with us.”

Tishby said she is aware of the more extreme voices that often dominate the debate on Israel in the U.S., but said she planned to focus on what she calls “the silent majority” of Americans — those “with common sense, not those on the fringes of society who have been brainwashed.”

“I will educate whoever is willing to listen,” she stated.

As an official envoy — though not an employee of the Israeli government, as the role is unpaid — Tishby said she would work to create alliances with groups who “might not be aware of the rise in antisemitism” and share with them that the increase in antisemitism is bad for an entire society. She also said she would work to raise awareness in international forums such as the United Nations to push more governments and organizations to adopt the International Holocaust Remembrance Association (IHRA) working definition of antisemitism as a legal baseline.

In addition, Tishby said she would utilize her own social media networks, with hundreds of thousands of followers, to engage with people online and work closely with antisemitism envoys in other countries, including with Deborah Lipstadt, who was finally confirmed by the Senate last month as the State Department’s special envoy to monitor and combat antisemitism.

“I am a huge fan of Lipstadt and have been waiting eagerly for her appointment,” Tishby told JI, adding that they will hopefully meet soon.

Tishby, who received a drama scholarship from the Tel Aviv Museum of Arts, first found fame in the 1990s as an actress in the popular Israeli TV show “Ramat Aviv Gimmel.” She later moved to Hollywood and worked as a producer and writer, working alongside Mark Wahlberg and Stephen Levinson in the award-winning show “In Treatment.” She also appeared in the Showtime drama, “The Affair,” created by Israeli director Hagai Levi and had her own talk show, “Life By Noa Tishby.”

In 2011, she founded Act for Israel and has since become a leading voice in the U.S. and abroad on issues involving antisemitism and efforts to delegitimize Israel

“What drew me into the world of advocacy was the inability to sit quietly and watch what was happening all around me,” Tishby recalled to JI. “I have seen and heard so much misinformation and skewed information about Israel since coming here.”

Tishby said that she has watched as perceptions of Israel have changed from a “cute hasbara [public relations] problem, where people didn’t know that Israel was a modern or safe country to a problem where Israel’s very right to exist is being questioned.”

“Israel is the only country that has its right to exist questioned, and I have realized that this is an existential threat,” she concluded. “But this is not only a Jewish issue, it is not only an Israeli issue, it is also an issue of security for the U.S. and everyone.”

Israeli Foreign Minister Yair Lapid said in a statement on Monday that Tishby’s appointment was “another step that will strengthen Israel internationally at a moment when Jews around the world once again face an alarming and dramatic resurgence in antisemitism.”

“She is a gifted author and thinker who has long been a powerful voice on issues of antisemitism and the delegitimization of the State of Israel,” he continued. “In this fight, it’s critically important to tell the Israeli story well, influence decision-makers and world opinion, and to be quick and powerful in our response to acts of hate and violence directed against Jews.”

Lapid said that few people were “better prepared to do that on the world stage than Special Envoy Tishby.”