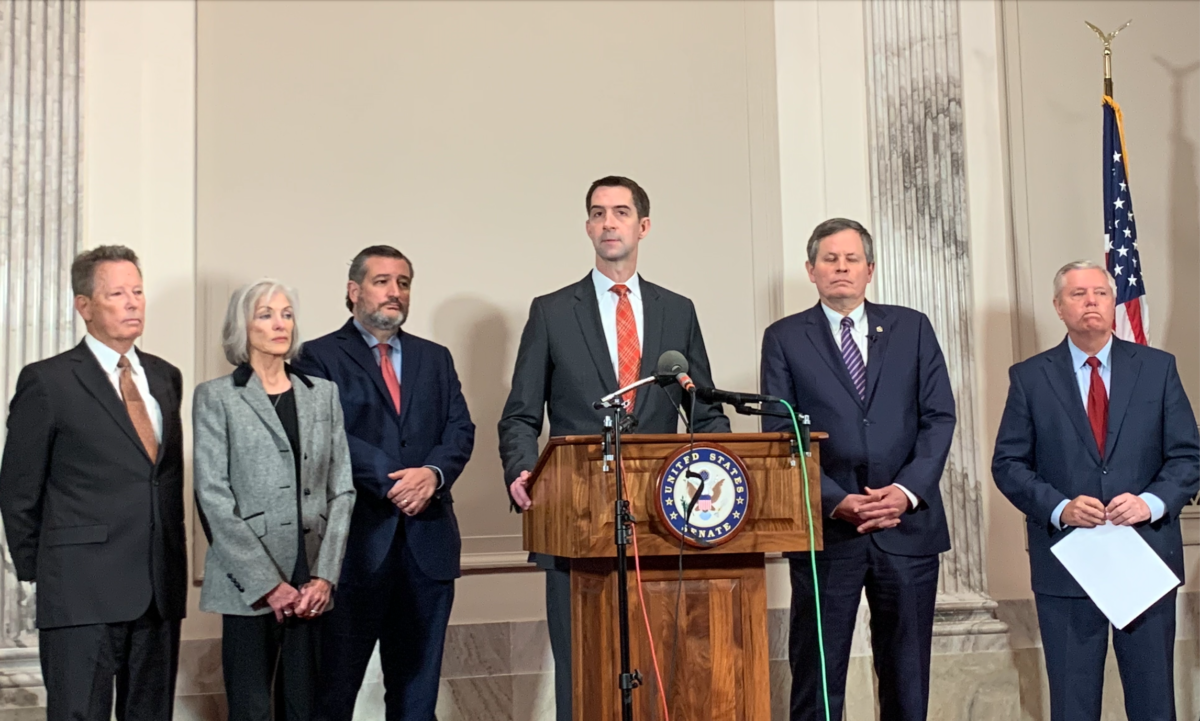 A new bill introduced by Senate Republicans on Monday takes aim at foreign banks involved with the Palestinian Authority’s “martyr payments” to the families of individuals who carry out attacks against Israelis.

The “Taylor Force Martyr Payment Prevention Act of 2021” was introduced by Sens. Tom Cotton (R-AR), Ted Cruz (R-TX), Lindsey Graham (R-SC) and Steve Daines (R-MT), and is named in honor of Taylor Force, a U.S. Army veteran killed by a Palestinian in 2016. It is the second bill named after Force; the first, passed in 2018, largely cut off U.S. aid to the Palestinian Authority as long as it continues the martyr payments.

The bill would allow the Treasury Department to designate banks that “facilitate or promote” payments to the families of terrorists or “knowingly provide, or cause other financial institutions to provide” financial services to Hamas as money-laundering concerns. That designation would restrict those banks’ ability to do business in the U.S. or with U.S. dollars.

“This bill would stop foreign banks who have no physical presence in the U.S., but do have what’s called correspondence accounts, which allow them to bank in U.S. dollars from continuing these practices,” Cotton explained to Jewish Insider. “No bank that has a correspondence account in the United States that banks in dollars should support these. So the primary targets here will be either foreign organizations or foreign individuals who are supporting these kinds of payments through U.S. dollars.”

In a press conference announcing the bill, Cotton said that the 2018 Taylor Force Act ”has made a difference, but our work is not yet finished.”

“We have recently come to the realization that the job is half-done,” Force said. “The truth is [that] payments have continued and those responsible have not been held accountable.”

He described the new legislation as “an important new tool to disincentivize banks from being part of the martyr payment program and deny them access to the U.S. financial system until they stop doing it.”

The original Taylor Force Act had one Democrat backing the legislation when it was introduced. It ultimately passed with 10 Democrats as co-sponsors in the Senate. Cotton said the sponsors of the new bill have had conversations with Democrats about the legislation and he “suspect[s]” that Democrats will support this bill as well.

“I don’t know if we’ll pass it in this Congress,” Cotton continued, “but I’m confident we will pass it.”

The bill has the support of the Republican Jewish Coalition, Zionist Organization of America and Christians United for Israel. AIPAC spokesperson Marshall Wittmann told JI, “We support the objective of the legislation to halt payments to terrorists and their families, and will be reviewing it carefully.”