Bloomberg: Both major parties ‘coddling antisemites,’ not condemning them 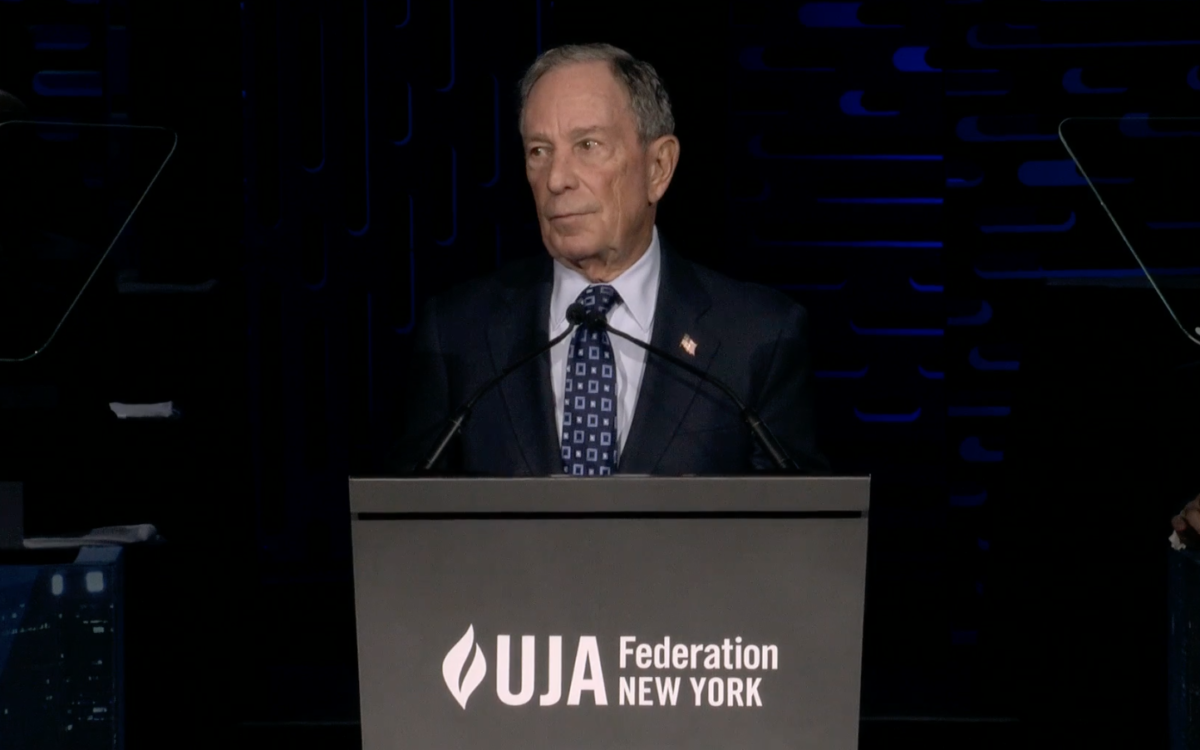 The fight against antisemitism was front and center at UJA-Federation of New York’s Wall Street Dinner, held on Monday night at the Marriott Marquis in Midtown Manhattan, where former New York City Mayor Michael Bloomberg was honored with the UJA’s Gustave L. Levy Award.

“On the right, we have heard conspiracy theories about the COVID vaccine being a Jewish plot, and even Jewish space lasers starting the virus out west — you can’t make this shit up, folks,” Bloomberg said. “It would be funny if it were not so dangerous, because when we hear wild conspiracy theories, whether they were about vaccines or wildfires, or the election and [QAnon], or anything else, we must remember, antisemitism is the original conspiracy theory.”

“In some circles on the left and on many college campuses,” he added, “there are those who are using the political situation in Israel to spread lies and prejudices. They assert that American support for Israel is about nothing more than Jewish money controlling politicians and Jewish people acting as oppressors.”

Bloomberg suggested that both parties have been “increasingly coddling antisemites, rather than condemning them.”

Bloomberg, who noted that his sister had been a member of the Tree of Life synagogue in Pittsburgh, said his family had inspired his commitment to fighting hate in all forms. “When I was a young boy, I remember seeing my father write a check to the NAACP for something like 100 bucks, which was a lot of money for us back then,” he recalled. “And we talked about it at the dinner table, and I asked my father, ‘Why are you writing this check?’ ‘Because,’ he said, ‘discrimination against anyone is a threat to all of us.’”

Lloyd Blankfein, Goldman Sachs’s senior chairman and the event’s emcee, joked that the dinner — which raised $32 million — was the first time he’d worn a suit in two years, before pivoting to UJA’s efforts to combat antisemitism. 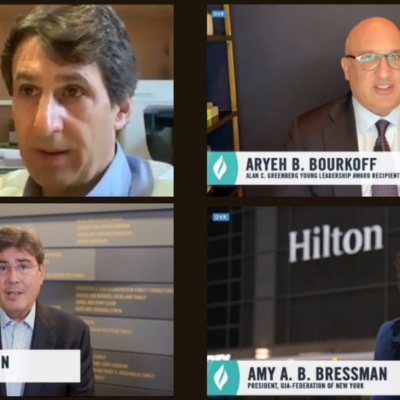 “This past spring, the conflict in Israel led to a dangerous rise of antisemitic attacks. Jews were targeted on the streets of New York City and around the world. UJA took a strong stance right away by mobilizing our communities and allies to denounce hate by creating the community security initiative to help protect Jewish institutions across the New York region, and by advocating for and obtaining government security grants.”

UJA CEO Eric Goldstein told attendees, “We know that there’s no vaccine for antisemitism, a virus of another type. That’s only accelerated during the pandemic. Increasingly, we’re seeing anti-Israel sentiment morph into virulent antisemitism in ways that have become more and more mainstream, and far too few are speaking up about it.”

Blankfein also addressed the inequities experienced during the COVID-19 pandemic. “We learned that this is really a small planet, where the discovery of a mutant COVID virus in South Africa results almost instantly, in an elevation of anxieties here at home and threatens our economy, the markets and our lifestyles,” he said. “The lesson from COVID that is most pertinent to tonight’s purpose is just how bifurcated our society is along class and economic lines, especially as it relates to the consequences of life in the age of the COVID virus.”