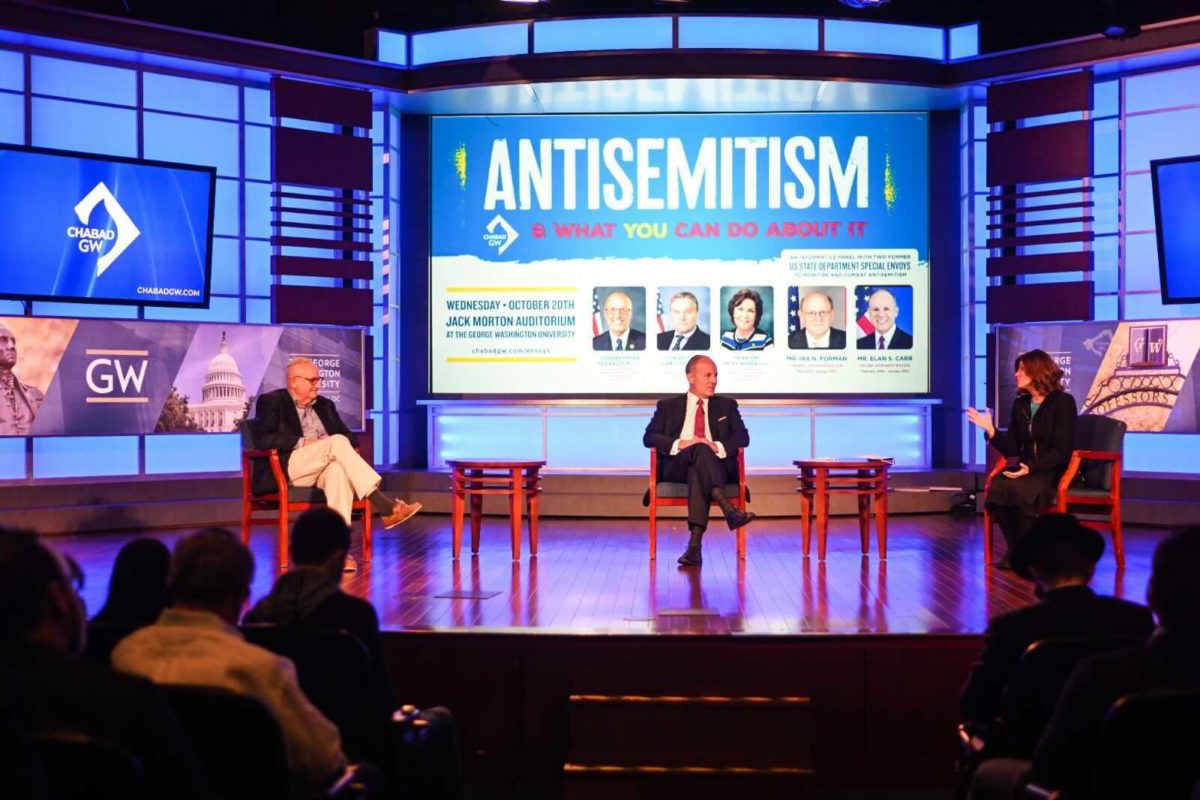 Forman, who served under former President Barack Obama, said he is most concerned about governments that “play the game of antisemitism — they use it for their own political purposes,” naming Hungary and Poland in particular.

“Neither of them are antisemitic… but they utilize it. They use it as a political tool. Both of them falsify history to say that what happened during the Holocaust is only about the Nazi Germans, and to mitigate what happened with their own government, in the case of Hungary, or their people,” Forman explained. “Both governments play off one part of the Jewish community with another to weaken the Jewish community in general and particularly anybody who criticizes them.”

“In Hungary, people close to the prime minister utter the most vicious antisemitic stuff,” Forman continued. “And the prime minister [Viktor Orbán] himself has used speeches where he never mentions Jews, but which are — one columnist in National Review said — they look like, they sound like something right out of the Protocols of the Elders of Zion.”

Carr, who served under former President Donald Trump, acknowledged antisemitic threats from “ethnic supremacists on the far right, the Israel haters and anti-Zionists on the radical left and militant Islamists,” but focused his opening remarks squarely on antisemitism on college campuses.

Carr urged students to push for the adoption of the International Holocaust Remembrance Alliance’s working definition of antisemitism; to “show up” to fight the Boycott, Divestment and Sanctions movement, including by mobilizing turnout for student government elections; and to “play offense” by proudly expressing their Jewish heritage.

“You go on the offense and you drive a philo-semitic narrative that inculcates, that breeds, that teaches a respect, an admiration, and understanding of the Jewish story, a beautiful story millennia old, and what that has meant for the United States and what it has meant for our world,” Carr said.

Forman said students cannot fight antisemitism “out of emotion” and instead need to “be cold [and] calculating about what is the best thing to do.”

When speaking to peers who accuse Israel of committing atrocities, Carr urged the students in attendance to “know your audience.”

“You have to say, ‘Is this a well-meaning person who has been misled by antisemites who are propagating blood libels against the Jewish people? Or is this one of the culprits?’” Carr said.

“This is a Cold War,” Carr added. “And you’ve got to have your eye on the ball. I’m out to win. And winning means marginalizing [antisemites], putting them in their place, calling them out for what they are.”

In response to an audience question about the role of American evangelical Christians in combating antisemitism and supporting Israel, the two men offered somewhat different outlooks.

“I don’t think the Jewish people have better friends than the evangelical Christian community,” Carr said. “The disturbing trend is that the young generation of evangelicals are less supportive of Israel than the previous generation… They go away to college and they get turned.”

Forman cautioned that “some evangelicals, not all,” are supportive of Israel because they believe it will bring on the second coming of Jesus — ”something I’m not crazy about, but it is what it is.”

“Evangelicals are like all Americans. Most are probably not antisemitic, the vast majority, but there are some antisemitic ones as well,” Forman continued. “And so I think we look at evangelicals like we look at all people. What do they do in the fight against antisemitism? Many of them are standing up. Some are not.”

Deutch opened his remarks by condemning the Washington, D.C. chapter of the progressive climate activist group Sunrise Movement for its decision not to participate in a voting rights rally with progressive Jewish activist organizations. The group issued a statement arguing that “Zionism is incompatible with statehood and political sovereignty.”

“When a group announces that they will choose not to participate in a political event in support of our democracy and the reason they give for deciding against participating is because they will not participate with Zionists… then it becomes clear that your participation here… is more important than ever,” Deutch told the audience.

“I want to be clear about something for that group,” he continued. “I care a lot about our democracy, and I stand here as a proud Zionist and member of the House of Representatives.”

Smith, who co-founded the House Bipartisan Task Force for Combating Antisemitism with Deutch, reflected on his efforts to fight antisemitism, including a visit to meet Soviet Jews as a freshman congressman in 1982.

“[Natan] Sharansky is one of my heroes in life,” Smith said. “All three manifestations of this antisemitic hatred [that Sharansky identified] are on full display today… People of conscience must stand in solidarity with our Jewish brothers and sisters against this rising tide of hate… Silence is not an option. Nor is inaction.”