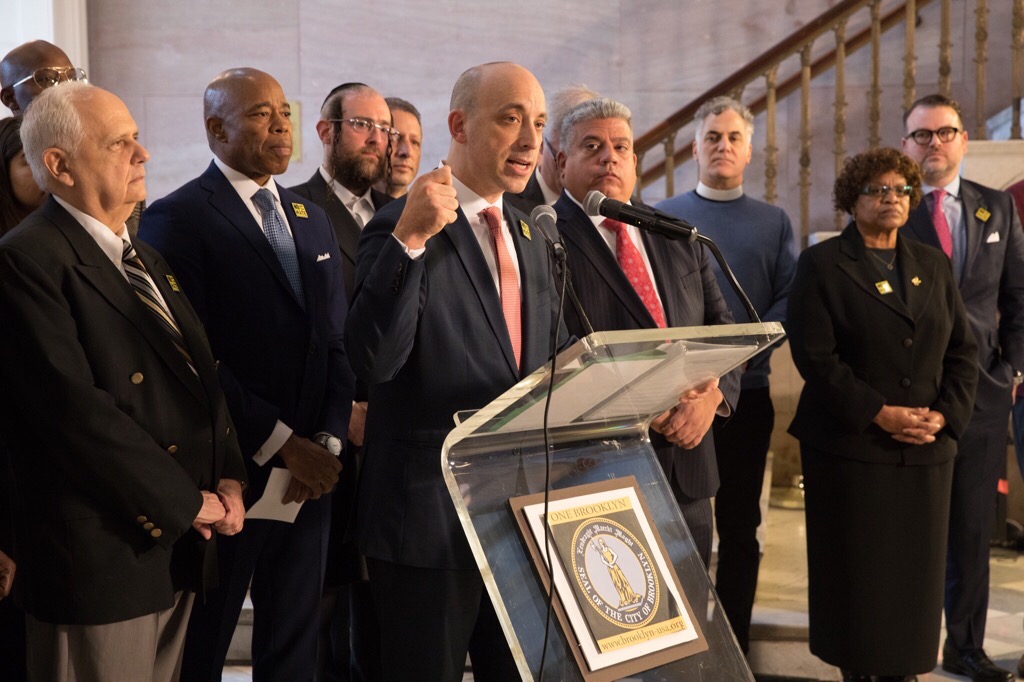 Anti-Defamation League President and CEO Jonathan Greenblatt plans to discuss the recent upswing in global antisemitism and link it to violence against other minority groups at a Senate Homeland Security and Governmental Affairs Committee hearing today, the ADL executive told Jewish Insider. He’ll also urge senators to reform a controversial section of the Communications Decency Act that serves as a liability shield for social media companies.

Greenblatt is set to testify at a hearing on domestic terrorism and violent extremism, the second such hearing this week.

“This testimony is taking place against the backdrop of elevated levels of antisemitism,” Greenblatt said in an interview on Wednesday, adding that he plans to tie the trend into the rise of hate crimes and violence against a range of other communities. “Antisemitsim starts with the Jews but it never ends with the Jews.”

Greenblatt said he will tell the Senate panel that two factors are to blame for this trend: elected officials’ embrace of hatred and conspiracy theories, and social media.

“We’ve seen elected officials and people in positions of authority who have helped to normalize hatred either repeating conspiracy theories or engaging in tropes and doing so without remorse and creating a pathway for more prejudice to come into the public square,” he said, clarifying that this can be both intentional and unintentional and emanates from both political parties.

To address social media’s role in spreading extremist content, Greenblatt plans to advocate for reforms to Section 230 of the Communications Decency Act, which exempts websites from liability for content their users post and undergirds much of the modern internet’s functionality.

“The companies have demonstrated an inability to police themselves effectively,” Greenblatt said. They “should be forced… to address issues of hate on [their platforms]” by making them liable for hateful, violent and extremist content on them.

Greenblatt pushed back on these criticisms by framing Section 230 as a liability “carveout” not granted to any other sort of company that publishes media, such as news organizations, billboard companies or radio stations.

The ADL executive will also advocate for the ADL’s PROTECT Plan, a multifaceted initiative that calls for several actions from Congress, including increasing Nonprofit Security Grant Program funding, passing the Domestic Terrorism Prevention Act and other legislative initiatives.

During a previous hearing on this subject on Tuesday, Sen. Josh Hawley (R-MO) asked witnesses how the U.S. can prevent future conflicts between Israel and the Palestinians from spilling over into antisemitic hatred and violence against American Jews, as occurred during the recent conflict between Israel and Palestinian terrorist groups in May.

If he’s asked a similar question, Greenblatt said that he’ll urge elected leaders “to speak out clearly and unequivocally in the face of antisemitism and hate, not to qualify it with all other forms of offense, which we saw happen with elected leaders in May.”

“Despite the fact that Jewish people were literally being beaten up in broad daylight, somehow [some elected officials] couldn’t say clearly and unequivocally antisemitism is wrong,” Greenblatt added. “So leaders make it inexcusable to exercise intolerance, period.”

He would also urge spreading awareness of the legal penalties of carrying out such antisemitic attacks and holding all perpetrators to account, which “doesn’t always happen either.”

Greenblatt further said that increased NSGP funding would help ensure that, when hate crimes can’t be deterred preemptively, targeted communities are protected. And he argued that increased funding for anti-bias and anti-hate education and Holocaust and genocide education can help increase tolerance among young people.

“The best antidote to intolerance is education,” he explained.

During his conversation with JI, Greenblatt also repeated previous criticisms of remarks Rep. Rashida Tlaib (D-MI) made at a Democratic Socialists of America event earlier this week, in which Tlaib said that “behind the curtain,” the same people are preventing a “free Palestine” and exploiting Americans. Greenblatt previously called these comments an antisemitic dog whistle.

“When cities across the country and communities are reeling from these [antisemitic] attacks, we’d like to think that elected officials on both sides of the aisle would exercise a greater degree of caution,” Greenblatt said. “Because her words echoed long-standing tropes. To the extent that she was misinterpreted, it would be helpful for the congresswoman to clarify on the record what she meant.”

Greenblatt said he’d just recently learned about Turner’s remarks when speaking to JI yesterday afternoon, and said that ADL’s Ohio office was reaching out to her campaign.

“Again, we are concerned about intentionally or inadvertently reinforcing antisemitic tropes,” he said.