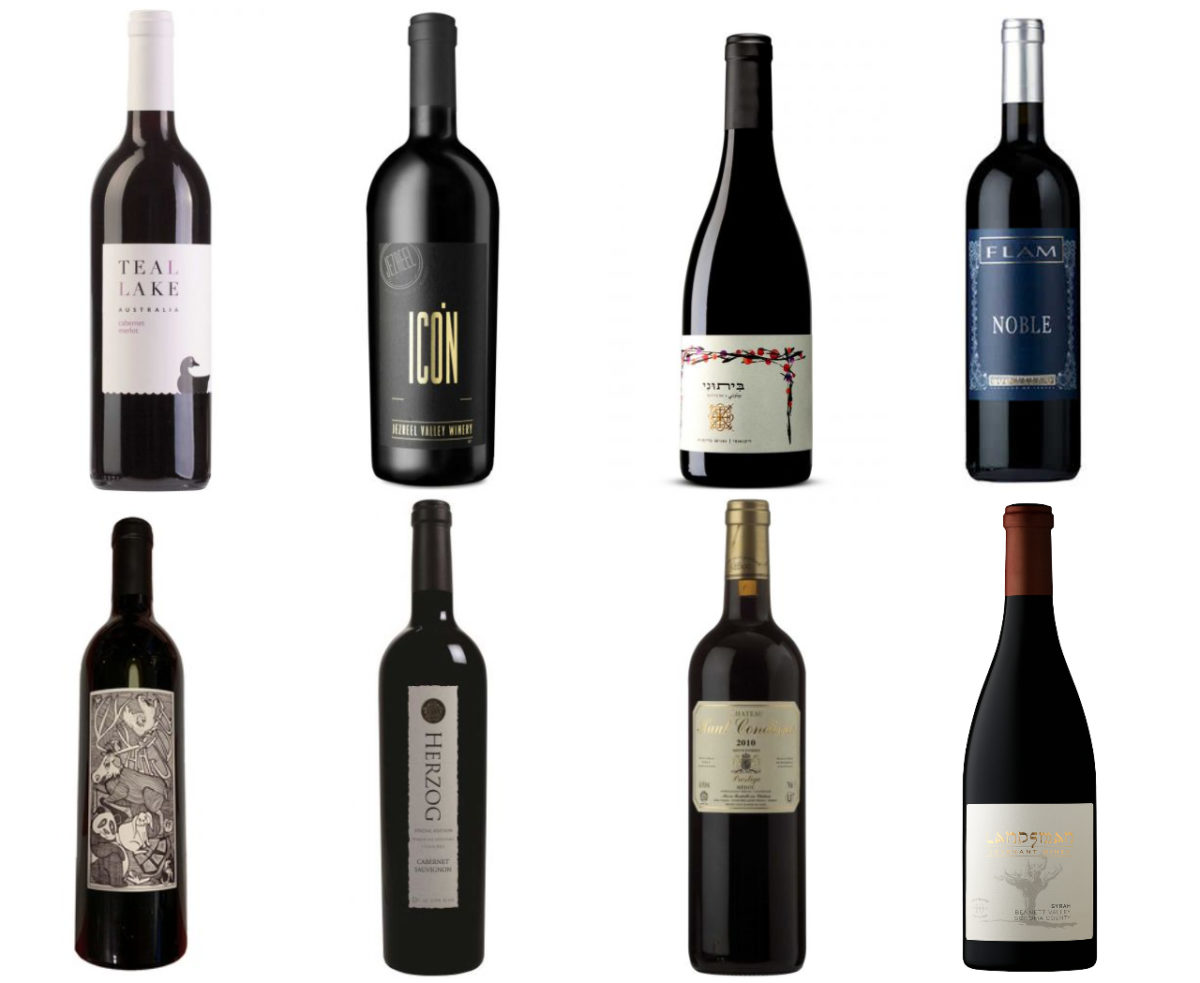 Wine tastes best when shared, so this year has been a tough one for wine. Passover will soon usher in a sort of redemption and the faint light at the end of a COVID-riddled tunnel. Perhaps we will soon be free to truly enjoy wine together.

As I do before every Passover, I’ve reviewed eight cups of wine for the Seder night; four to sanctify with Kiddush blessing, and four wines to drink in the sublime quiet between the blessings.

Cup one: Hajdu Seraglio. We start with uppers on long nights. This wine might as well be laced with espresso beans. It is a blend of Sangiovese and Barbera, both extraordinary Italian grapes which blend together to energize you for the long night ahead. If you can manage not to consume the entire bottle in one night, keep some for the second seder when the tannins will have mellowed out.

Cup two: Teal Lake Cellars Cabernet-Merlot-Blend. Over the years that I have been reviewing wine at Jewish Insider, I have deliberately stayed away from reviewing Teal Lake Cellars, as my wife and I, along with another couple, founded the brand in Sacramento in the late 80s. Recently, however, my 25-year non-compete has officially ended and I can legally speak about this [now] Australian wine. The nose has the distinct musk of matted, clotted, wet kangaroo hair. The front palate is soft and sweet as with simple Merlots, and the finish is of an earthy Cabernet.

Cup three: The Recanati Reserve Bittuni 2018. This is made from a grape of ancient origin, Bittuni, which was recently resuscitated by the brilliant minds at Ariel University. It is aged in burgundy barrels and is both elegant and complex. The ripe red cherry mid-palate-bump is a great pick-me-up for the last part of the Seder and gets you in the mood to sing.

Cup four: 2018 Landsman Syrah from Covenant Winery. This is a wine from the Pacific Coast, a true Hiltonian Shangri-La. You can smell the fresh California air on the nose, the ruby red is pleasing to the eye, and the Bing cherry flavors coat your palate and start to bring you down enough to eventually get some sleep.

Cup five: Herzog Limited Edition Chalk Hill Cabernet Sauvignon 2018. This is best of the Herzog Napa Cabernets. It is distinct in its vanilla flavors, extracted from the plush new oak barrels in which it came of age. It is also full of fresh fruit to cut through the inevitably-too-dense Matzo ball about to be served.

Cup six: Chateau Haut Condissas Medoc 2017. This wine is a blend of merlot, petit verdot, cabernet and of cabernet Franc. A magical wine. The merlot is most pervasive, the petit verdot shakes up your front palate, and the cabernet Franc elongates the glorious finish. This wine will go well with whatever you have as a main dish and prepares you well for the singing just around the corner.

Cup seven: Jezreel Reserve Icon 2017. The vintner, Jacob, did not spare any expense in buying the barrels for this wine. It is an indistinguishable blend that has at least a touch of cabernet Franc, syrah and cabernet sauvignon. The wine is aged for 22 months in toasty new oak and makes a big statement with its boldness, overwhelming chewiness and overpowering finish.

Cup eight: It is hard for me to imagine a Seder without the Flam Noble. The 2017 vintage is particularly great. It is rich in flavor, voluptuous in character, balanced between strong tannins and bold fruit, and a great way to end the seder. The Flam Noble is tasty enough to shake us awake and remind us that freedom is worth fighting for.

Over the next month, I am going to write about several new California wines. I have traveled extensively throughout Napa the past several months to meet wine-makers and taste wines directly from the barrel. Stay tuned!