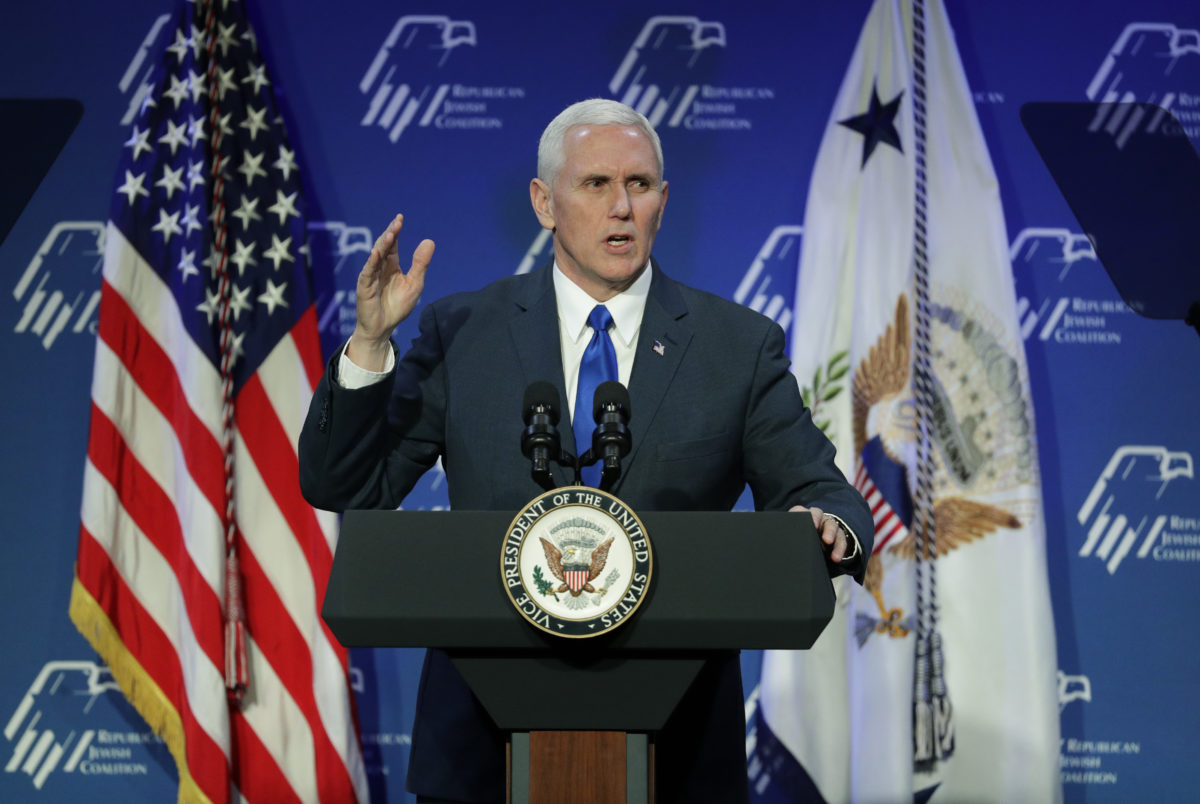 Vice President Mike Pence will host a conference call with Jewish leaders and supporters to deliver greetings for the upcoming Hanukkah holiday on Tuesday, Jewish Insider has learned.

The email invitation was sent out on Friday at sunset. “No need to RSVP, but since conference lines are limited, we encourage you to dial in early,” the White House noted in an email obtained by JI.

The call will take a place a day ahead of the annual White House Hanukkah reception. In past years, Pence also attended the events, although he only addressed the crowd in 2018.

The call marks the first Hanukkah that the vice president will address Jewish leaders independently of President Donald Trump, who delivers annual remarks. In 2017, Pence halted a prior tradition from the Obama administration: inviting Jewish communal leaders to the vice president’s residence to celebrate the Jewish New Year. Earlier that year, he hosted the White House’s first-ever event celebrating Israel’s Independence Day.