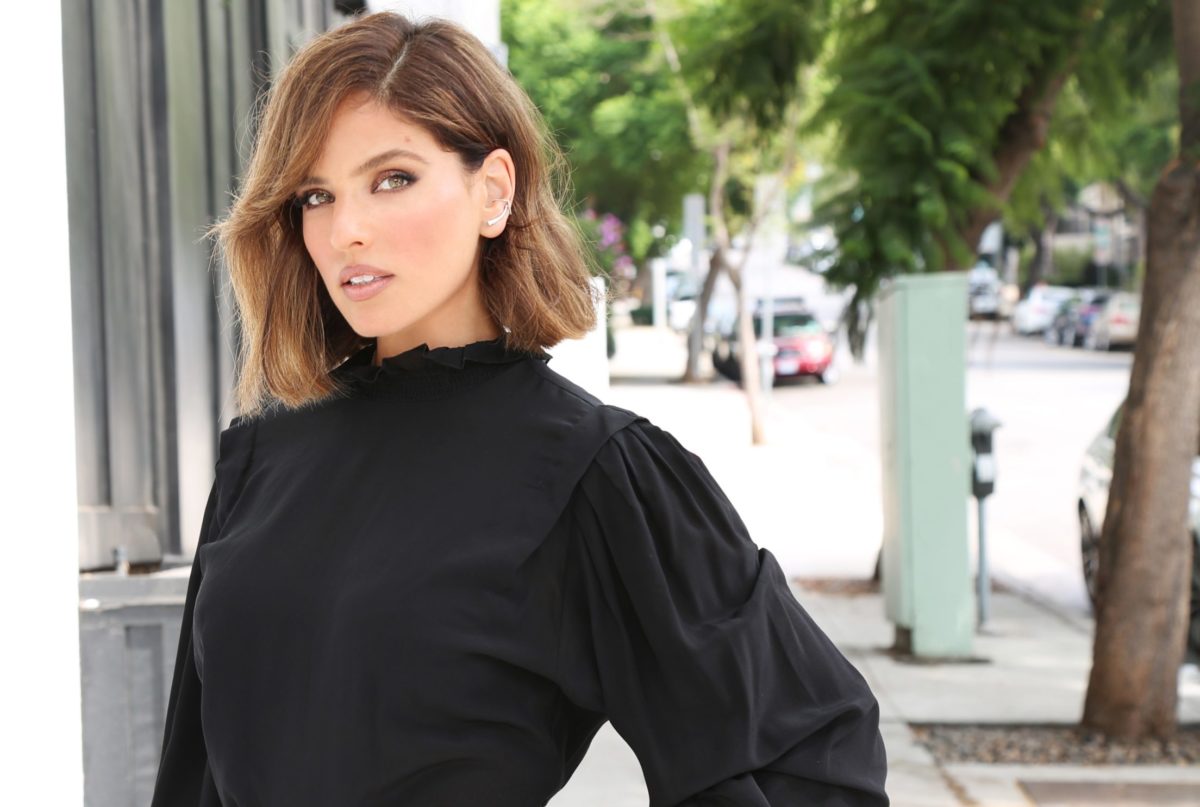 For years, Noa Tishby has been drawing impromptu maps of Israel and whipping out facts in defense of her homeland at dinner parties in Hollywood.

Now, the Israeli-American actress and producer is putting her arguments in writing as she gears up to publish a concise explainer on Israel for Free Press, an imprint of Simon & Schuster.

Israel: A Simple Guide to the Most Misunderstood Country on Earth, is slated to hit bookshelves on April 6, 2021. Tishby, who has split her time between Los Angeles and Tel Aviv for close to 20 years, said she was “shocked by the misperceptions about Israel” she regularly encountered in California.

And after a decade of hands-on pro-Israel activism online and among her circle of friends and coworkers, Tishby decided to put her well-honed arguments down on paper.

“There isn’t anything like this out there,” she told Jewish Insider in a recent phone conversation from her home in Los Angeles. “If you want to educate yourself about Israel, you need to go ahead and read extensive books with a lot of details.”

Instead, Tishby has penned an approachable take on the history of the state, interspersing her own family history with the story of Israel’s founding and its ongoing struggles and conflicts.

“I’m telling the story of the country through the story of my family,” said Tishby, whose grandmother was one of the founders of Israel’s first kibbutz, Degania Alef, and whose grandfather, Hanan Yavor, was an envoy to several African nations. “In order to tell an interesting story you have to make it personal… I’m attempting to tell the world the intentionality of why [Israel] was born, how it was born, and explain why their opinion is skewed.”

Tishby, who co-produced the HBO show “In Treatment,” guest starred in the Showtime series “The Affair” and works to broker sales of Israeli TV shows to U.S. networks, said she has been disturbed by the comments on Israel she regularly hears in Hollywood.

“It’s been heartbreaking to hear misunderstandings, lack of knowledge and facts that are painted in such a righteousness and unwillingness to listen,” she said. “It’s shocking. It’s one of the reasons I felt such a burning need to write this book.” And with a foot in both worlds, Tishby feels uniquely positioned to share this message.

The thesis of the book, Tishby added, is: “if you believe in democracy, freedom of speech, human rights, women’s rights, LGBTQ rights and especially if you’re a liberal and a progressive — and you’re not supporting Israel within the context of the Middle East, you’re an idiot.”

While Tishby is certain her book will “ruffle the feathers” of a variety of groups, she is steadfast in her positions and approach.

“I’m fearless about it, I’m armed with the facts,” she told JI. “I can break down any argument that anybody has.”

The recent controversial comments on Israel by actor Seth Rogen only reinforced how necessary she feels her upcoming book is.

“My blood boiled when I read” his comments, she said. “Stuff like this is causing so much damage. And I truly believe, especially based on what he said — that he was ‘fed lies’ [about Israel] — that the truth needs to be out there in a clear way for everybody to understand.”

But she recognizes that it may be an uphill battle to convince those she believes need it most to pick up her book.

“I hope it’ll be fun enough that people are going to think ‘oh this is actually harmless, it explains things easily and I’m enjoying myself,’” she said. “I made it concise, personal and easy to understand.” And she is hopeful that supporters of Israel will buy it for their friends, family members and colleagues who could use a little convincing.

“I’m Bill Maher’s best friend, but he just doesn’t know it yet,” Tishby said, joking that she was using our interview to kick off her grassroots campaign to appear on his HBO talk show. “He gets it. He’s a liberal and a progressive and every time the topic of Israel comes up, his mind is blown. He’s like ‘why are people attacking Israel?’ He understands the conflict.”