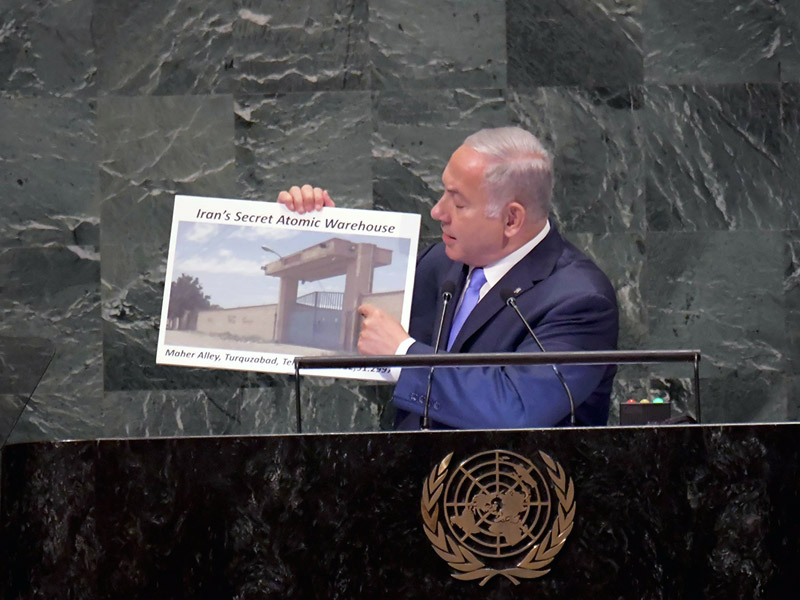 Secretary of State Mike Pompeo warned on Thursday that Iran is accelerating its efforts to produce enough fissile material for “a rapid nuclear breakout” after Iran resumed uranium enrichment at its underground nuclear facility in Fordow.

Consensus: The International Atomic Energy Agency held an emergency meeting in Vienna yesterday to discuss Iran’s refusal to cooperate with an ongoing probe into illicit nuclear activity in an Iranian warehouse, first revealed by Israel. The U.S. and the European Union also called for action to be taken after an IAEA nuclear inspector was barred from entering the Natanz uranium-enrichment facility.

David Ibsen, president of United Against Nuclear Iran, tells JI’s Jacob Kornbluh that Iran’s recent action is “entirely consistent” with everything we know about the regime. “It lies, it cheats, and it’s simply waiting out the world while the JCPOA gradually sunsets.”

Pressure, too much: Ilan Goldenberg, director of the Middle East Security Program at the Center for a New American Security, called Iran’s latest move “a disturbing and problematic development,” and proof that Trump’s “maximum pressure campaign is failing.”

Next step: According to UANI’s Ibsen, while the administration’s “maximum pressure campaign is achieving its goals,” there are “many ways” the U.S. can improve, including increasing economic pressure and placing “an even higher price tag on the regime’s behavior.”

Tick tock: Goldenberg maintained that Iran’s gradual steps are not irreversible, “and therefore this does not mean that it is impossible to go back to the JCPOA. But it certainly makes things harder.”

Danielle Pletka, senior vice president of foreign and defense policy studies at the American Enterprise Institute (AEI), agreed that the recent developments will not deter the remaining partners in the JCPOA from trying to get back to the 2015 terms. “The Iranians are still engaging in reversible steps. They haven’t jumped off a cliff yet,” she argued. Nonetheless, she told JI, “this should absolutely be an opportunity to get our allies on the same page.”

Time for snapback: Rob Satloff, executive director of The Washington Institute for Near East Policy, tells JI the U.S. should have used the JCPOA’s mechanism for snapback of U.N. sanctions when it originally decided to withdraw from the nuclear deal last year. “Now that our European partners recognize that Iran is in serious breach of the accord, this is a moment to press for allied cooperation on the Iran nuclear file via the reimposition of U.N. sanctions, per the snapback mechanism,” Satloff said.

View from Jerusalem: Israeli Prime Minister Benjamin Netanyahu said in a video statement that — in the wake of the confirmed revelations of Iran’s secret activities — the international community should “join the United States and Israel and further increase the pressure on Iran.”

Blue and White leader Benny Gantzposted on Twitter that the Iranian provocation is a “wake-up call” for the international community to act, stressing that the Israeli political establishment is united on the Iranian issue.