Giuliani warns world leaders considering Rouhani meetings: “You are going to get blood on your hands” 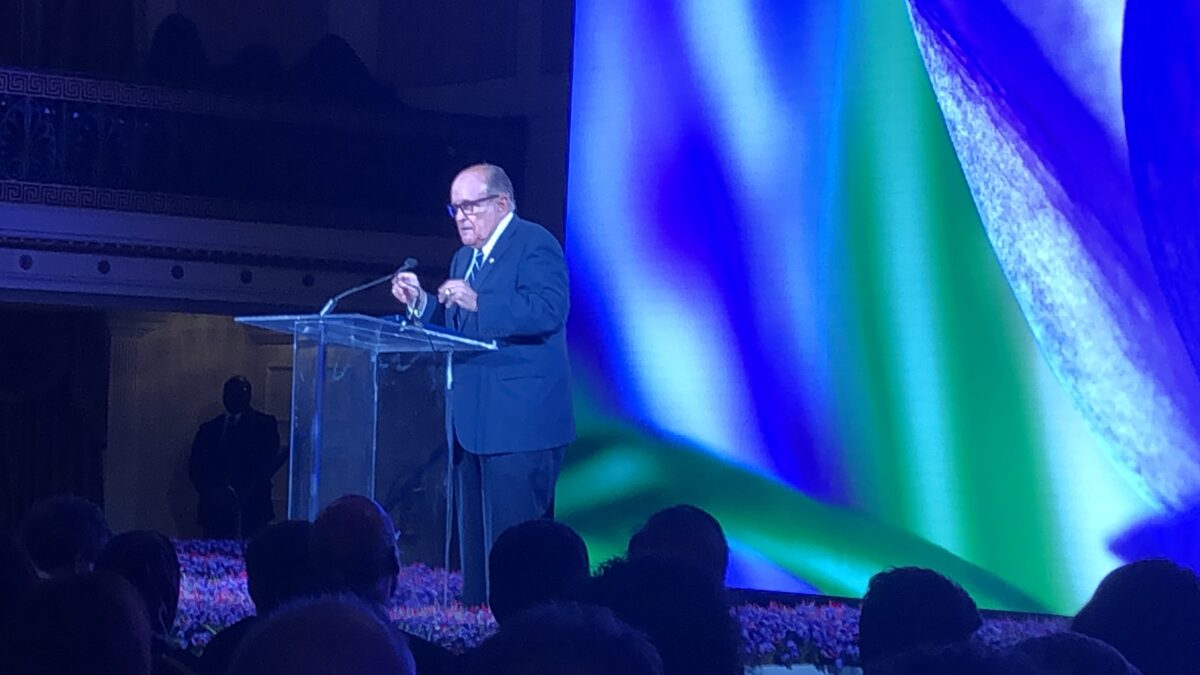 Speaking at the International Convention for the Future of Iran in New York, a gathering of Iranian regime critics, Giuliani described Rouhani as a “mass murderer.” Giuliani, an attorney to U.S. President Donald Trump, pointed to the regime’s sponsorship of terrorist groups and domestic executions. “I warn anyone shaking his hands that you are going to get blood on your hands if you shake his hands,” he said.

Giuliani suggested that he would not allow Rouhani to step foot in New York if he were mayor — in the same manner he expelled former Palestinian Authority Chairman Yasser Arafat from a concert for world leaders in 1995. “I prosecuted murderers, I threw out one murderer out of the U.N. convention years ago — Arafat — and I’d have no hesitation throw Rouhani out, simply because he murders innocent people and he’s made a career of it.”

The former mayor added that Rouhani shouldn’t just be expelled, but also “prosecuted for crimes against humanity, and quickly.”

Giuliani stressed that this was his personal opinion and that he was not speaking on behalf of the Trump administration on the matter. “I am one of the president’s personal lawyers and I have been his friend for 30 years, but I am not speaking for the administration and I am not speaking for the president because I am not a member of the government,” he said. “So I have a lot of freedom to tell you what I really believe,” he maintained. “But take this as my belief, not theirs. They are entitled to their own view and they have more responsibilities than I do.”

According to Giuliani, the only way to avoid military action against Iran is for the EU and Western countries to cut off all business with Iran. He predicted that the regime would then fall within “three months.”