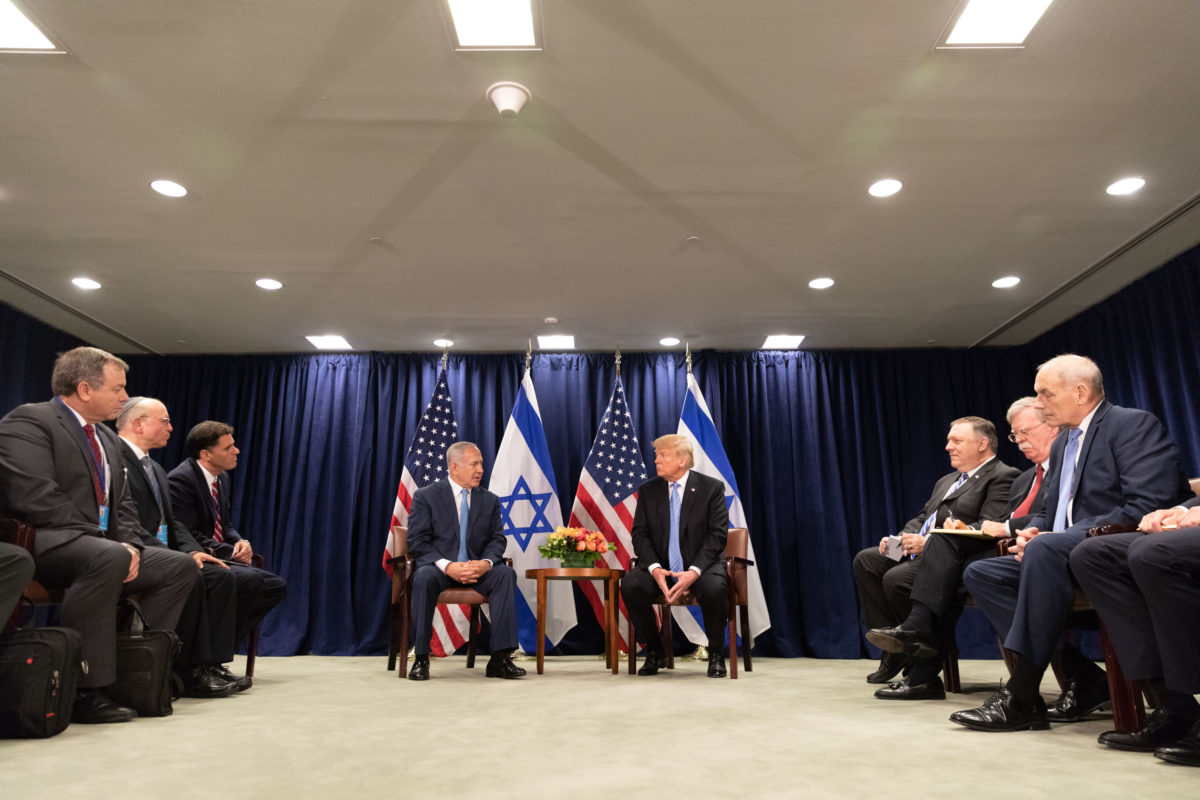 On Sunday before leaving for Europe, President Trump appeared unhappy with the continual delay of the Israeli-Palestinian peace plan because of Israeli Prime Minister Benjamin Netanyahu’s political problems.

“Israel is all messed up with their election, I mean that came out of the blue three days ago. So that’s all messed up. They ought to get their act together,” Trump told reporters on the South Lawn on Sunday.

“I mean, Bibi got elected, now all of a sudden they’re going to have to go through the process again until September. That’s ridiculous,” Trump lamented. “So we’re not happy about that.”

“But if we can get a Mideast peace plan, that would be good,” Trump concluded.

As we wrote earlier: The Trump administration is expected to roll out the first phase of the Mideast peace plan in Bahrain next month. The rollout, initially planned for February, was delayed until June due to the Knesset elections, coalition talks, and out of respect for Ramadan. The political situation could now force the administration to put off the rollout of the political part of the plan until a new government is in place — sometime in late October or early November.